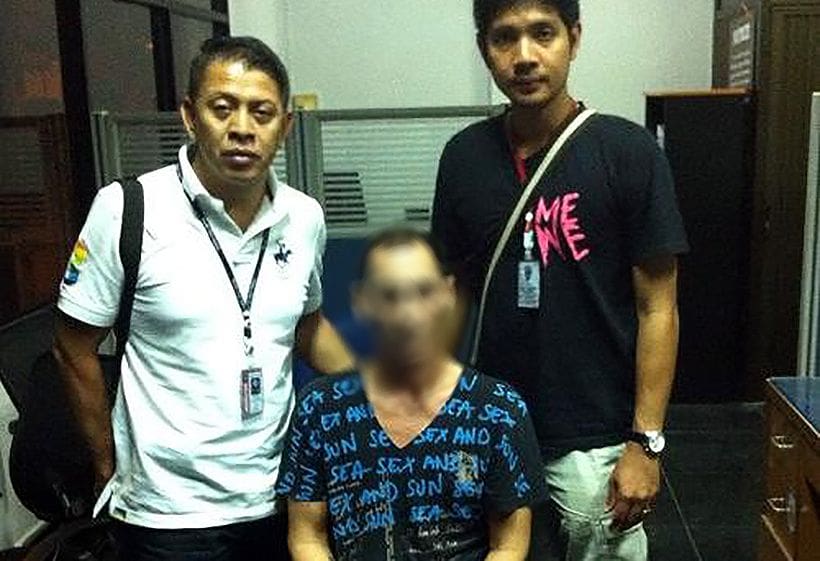 PHUKET: A German national whose inebriated driving style caught police attention on Saturday was arrested in Patong after he failed a drug test and confessed to having drugs in his hotel room.

The 44 year old was stopped by Phuket Immigration officer Capt Angkarn Yasanop at about 1:30am.

“We were on patrol as usual,” said Capt Angkarn.

“When we arrived at the JJ market behind Jungceylon [map  here], we saw a man riding a motorbike but he couldn’t keep the motorbike straight. He was zigzagging all over the place.”

When officers asked the man for his passport, he told police he had left it in his hotel room.

“At that point we brought him back to the Patong Immigration Office [map  here] to confirm his immigration status and also to do a drug test,” Capt Angkarn said.

After he failed the drug test, he confessed that he had taken drugs and that he had ya ice (crystal methamphetamine) in his hotel room.

Officers went to the man’s room in a soi near the Bangla Boxing Stadium, barely a 100 meters north of where police stopped him, and found 400mg of meth in a plastic bag.

“He was charged with possession of a Category 1 narcotic, and handed over to the Patong Police for processing,” Capt Angkarn said.

Although the Patong Immigration Office has been closed for more than a year due to “extended renovations” (story here), the Phuket Gazette has been informed the office will reopen this Thursday to provide immigration services to expats and tourists in Phuket’s leading resort beachfront town.