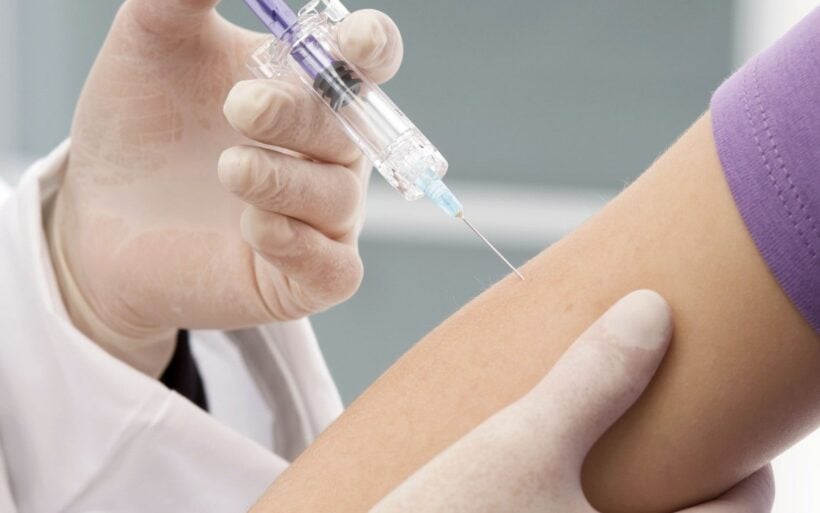 Two people have complained about a Phuket government hospital in Thalang. Gauze was left in a woman’s vagina after the patient had given birth, whilst another had drug allergies following a nurse giving an incorrect injection. Reports have been filed to Thalang Police

Ms A says, “I gave birth at a hospital in Thalang on June 18. I had been released to return home after being at the hospital for three days. Since I was back home I had abdominal pain and blood was coming from my vagina.

“I was still having pain. On August 28 gauze came out from my vagina with very bad smell. I immediately went to the hospital.”

Another person, named only as Ms B says, “I went to a hospital after I had a cold for five days. A nurse gave me one injection but didn’t ask my name before injecting me.”

“Ten minutes later another nurse came in and said she will give me an injection for nausea. I told her that I had already been injected.”

“The hospital later discovered that the first nurse gave the incorrect injection to me. She gave me a pain relief injection instead.”

“After that a doctor came to me and apologised for the wrong injection. My body pressure shot up to 167. At first I already told the nurse that I am allergic to ‘ Ibuprofen’ which was one of the drugs given to me as pain relief medication. ” 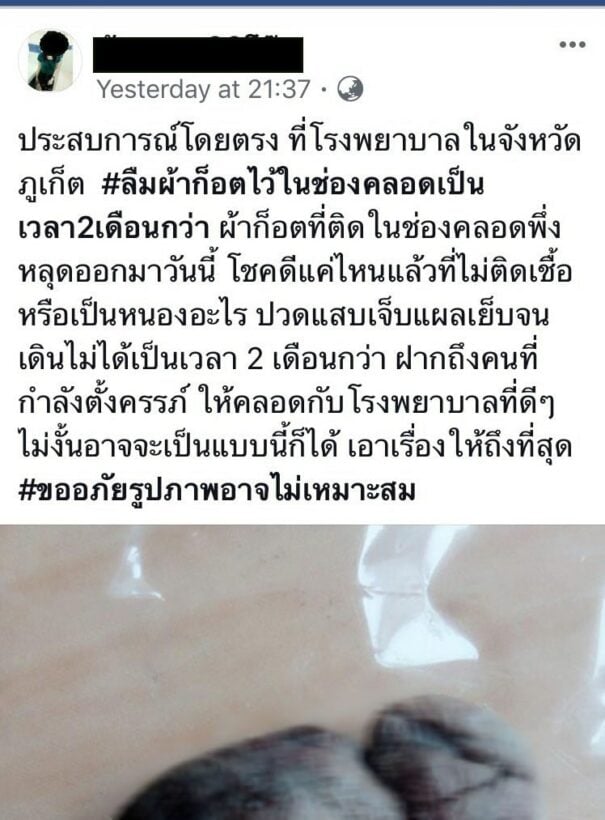