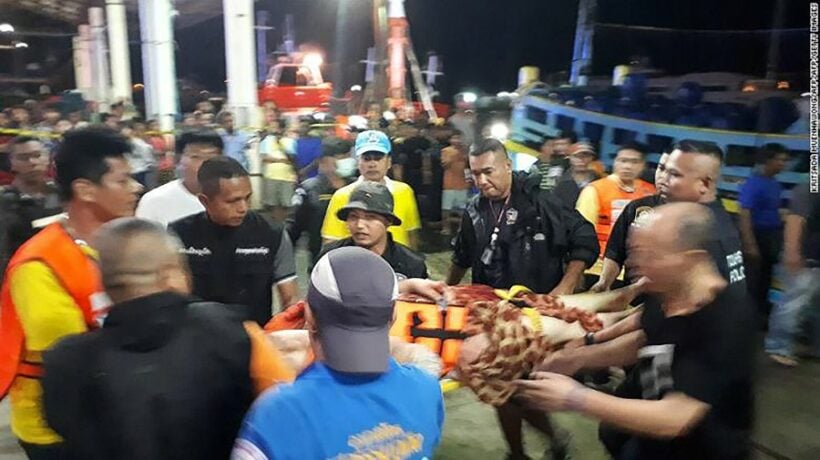 With the Tham Luang cave story evolving into health updates of the team members, some international media are now focussing on Thailand’s worst maritime disaster (since the 2004 tsunami) last Thursday.

CNN have published an article sharing Chinese media and netizens ripping into Thai officials, including the deputy PM, Prawit Wongsuwan.

Users on the Twitter-like service Weibo, citing witnesses who were at the scene, said there was no official warning in Phuket against sailing when the ship left port, before it encountered inclement weather at sea.

They also questioned the actions of the boats’ Thai crews, who reportedly abandoned passengers when water rushed in. Some claimed survivors and grieving families arriving from China faced red tape and bureaucratic delays when trying to see and identify the bodies of their loved ones. – CNN

The investigation, so far, has been pointing fingers at irregularities in the company that owned and operated ‘Phoenix’, alleging that the Thai company was really just a shelf company set up to be run by Chinese interests and avoid paying tax. The investigation has been scant in mentioning any of the harbour masters, local registration offices, marine divisions and safety inspectors who are the Thai officials that sign off on the paperwork and allow the boats to operate in Thai waters.

Amid rising calls in China to boycott Thailand, the military government in Bangkok seems to have switched to damage-control. On Tuesday Thailand’s embassy in Beijing issued a statement saying Prawit’s remarks “may have traumatized families of the victims,” and that the general expressed his “regret and apology” to the Chinese tourists in the accident. – CNN

The morning after last Thursday’s incident there were still many Chinese tourists eager to jump onto the hundreds of tour boats that ply the Andaman. So far tour companies are claiming there have been few cancellations in bookings.

The CNN story suggests that this incident could be a milestone in Chinese tourism to Thailand – some 10 million Chinese tourists visited Thailand in 2017 – and the back-lash could start a decline in tourist numbers from a market that has been so profitable for the Land of Smiles in recent years.

Read the rest of the CNN story HERE.