The Phuket Marine Office has announced that, today (July 7), all boats are not permitted to leave from the Chalong Pier, except boats that are involved with the search teams which are under instruction from the search operation centre.

The search for missing people started again this morning at 5am after being stopped late last evening. The focus of today’s recovery mission revolves around the Phoenix, which sank in 40 metres of water late Thursday afternoon, and a 10 kilometre radius around that area. 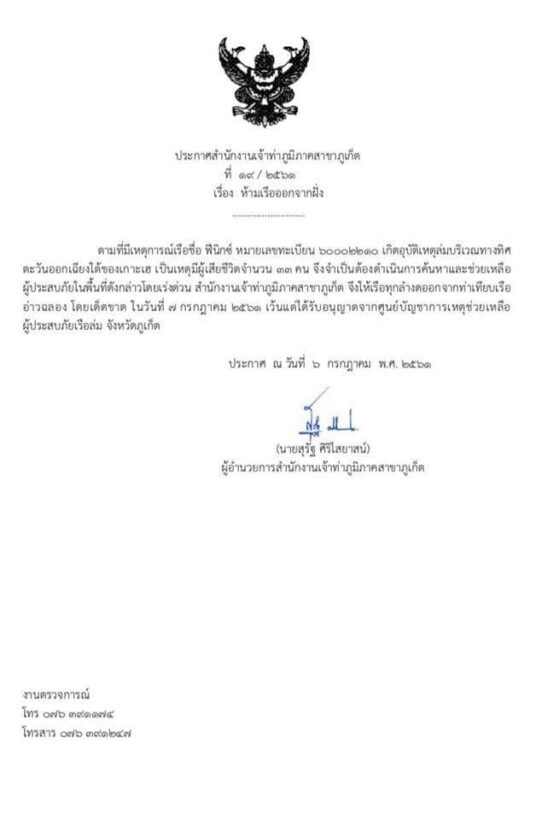 Messages from inside the Tham Luang Caves 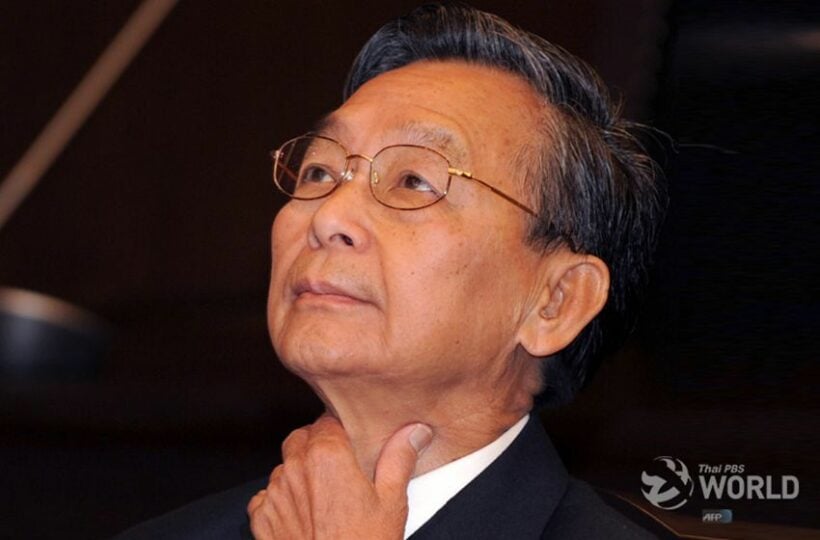 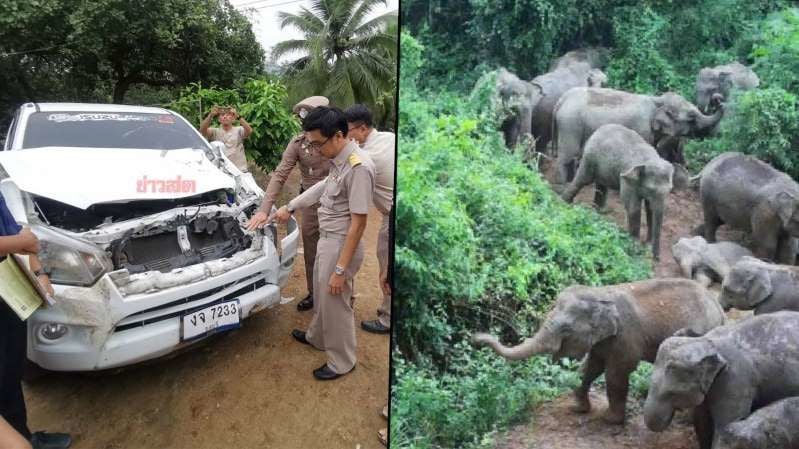 A herd of wild elephants running across a road in Chon Buri caused a driver to crash into an elephant, damaging his Isuzu pickup truck and injuring a 20 year old passenger.

34 year old Sompong Duangknam says he was heading to the province’s Ban Ang Kraden district when a group of about 20 elephants ran out of the forest and cut in front of his truck. He says he couldn’t stop in time and crashed into an elephant.

The injured animal didn’t stop and continued to run across the road, following the rest of the herd into the forest, the driver says. Local officials are tracking the elephant’s footprints to find the injured elephant and give it medical treatment.

The village chief Kittipong Kittikul visited Sompong after the incident and said there are many wild elephants in the area and they often damage local farms. The chief says he will send officers to the area to help control the wild animals.

A group of opposition MPs and other activists will today petition to have the emergency decree currently in force in Bangkok rescinded. PM Prayut Chan-o-cha imposed the state of emergency last week, in the wake of escalating political unrest in the capital. Now a number of Pheu Thai MPs and other opponents of the decree are calling on the Civil Court to retract it.

Meanwhile, the Bangkok Post reports that Cholnan Srikaew, Pheu Thai MP for the northern province of Nan, has described the PM’s announcement of the emergency decree in the early hours of last Thursday as illegitimate. He adds that should the court decide the state of emergency is unlawful, the group may sue the government for having declared it.