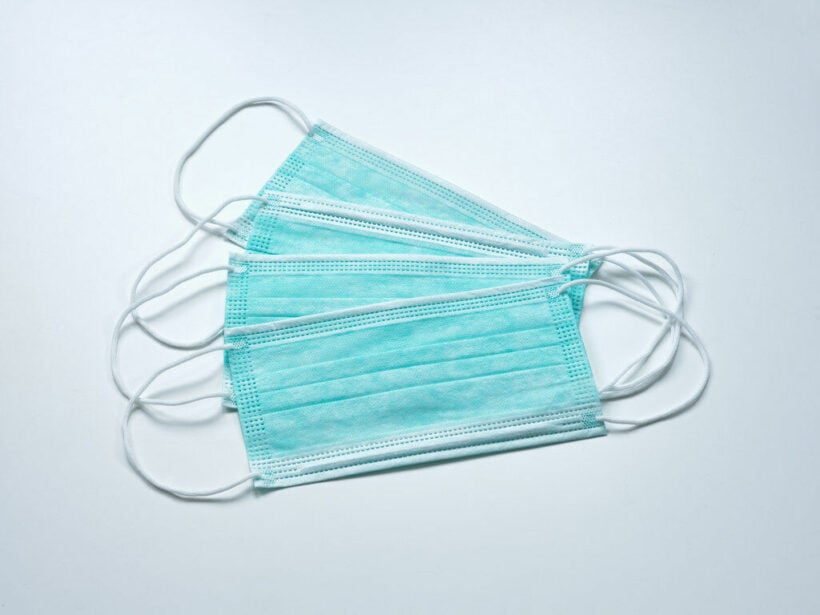 The Centre for Covid-19 Situation Administration released a reminder to the public that there is still a mask mandate in place that needs to be respected. But in response to concerns over the reported 20,000 baht fine for being caught without a mask, yesterday the CCSA assured the public that such a high fine would only be for repeat offenders and the first few offences would be much less.

This reminder comes as a result of many foreigners and tourists being seen walking around Phuket without a mask, according to a CCSA spokeswoman. She went on to emphasise that there are still strict Covid-19 regulations in place, including the mask mandate. Anybody caught violating these rules will be fined, she says, whether they are Thai or foreigners.

The mayor of Patong shared these sentiments, saying that he was concerned about tourists not wearing masks while out in public, according to Phuket News. The director of the Department of Information reiterated what the spokeswoman and mayor said in a statement of his own.

“Under the Disease Control Act, you are required to always wear masks while you are in public spaces or while doing activities in groups…There is a maximum B20,000 fine for failing to do so.”

That being said, the CCSA released a follow-up announcement describing the process of incrementally higher fines for repeated offences, reports the Phuket News. The first time will result in a fine of no more than 1,000 baht. The second will be anywhere between 1,000 and 10,000 baht. And the third offence can be as much as 20,000 baht.

Bluesofa
4 hours ago, Guest1 said: This is still to find at Phuket beaches: Thanks, that's a start. Do you know how long ago this was first posted at all? If there's any more info about exercising and face masks, let…

Guest1
2 hours ago, Bluesofa said: Thanks, that's a start. Do you know how long ago this was first posted at all? If there's any more info about exercising and face masks, let me know. I'm in Udon, but at least…

Rain
You can't discipline noncompliant folks for something that should be societally instinctive - Yet it's not. Quite obvious, the world over. The continued safety practice of logical mitigation protocol is probably still nominal.

Guest1
2 hours ago, Bluesofa said: Thanks, that's a start. Do you know how long ago this was first posted at all? If there's any more info about exercising and face masks, let me know. I'm in Udon, but at least…

Bluesofa
43 minutes ago, Guest1 said: Oh wait. I think it showed up around that time the pm was fined for not wearing a mask in a conference. Which was in april, so .... I remember that. He was fined only…