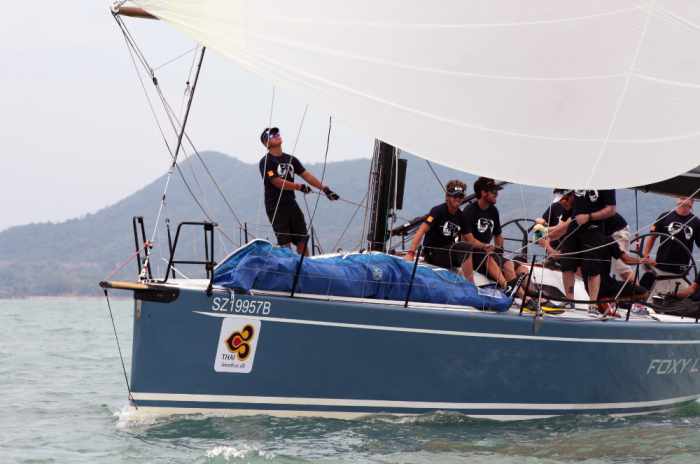 PHUKET: Phuket is ready to host the award-winning Cape Panwa Hotel Phuket Raceweek from July 16 to 20 off the Island’s southeast coast. The season-opening event of the prestigious 2014/15 Asian Yachting Grand Prix – a series of 12 of the best regattas in Asia – Raceweek is set to welcome one of the most competitive fleets in the Regatta’s history.

“The quality of the fleet is arguably the best ever and what is particularly encouraging this year, is the number of new boats from around Asia taking part. Crew are coming from Hong Kong, Singapore, Malaysia and the Philippines regionally – as well as a strong showing from Thailand – and also from as far afield as the UK, USA, Australia and New Zealand,” said Mr Byron Jones, managing director of organizers Media Business Services (MBS).

Geared-up for a fantastic onshore experience is Cape Panwa Hotel, title sponsor and host venue together with Kantary Bay Phuket, for the third consecutive year. With its private pier and beachfront location, together with the five-star facilities and service, Cape Panwa Hotel has been known to deliver a regatta experience second-to-none, something which is echoed by the sailors.

“The Cape Panwa Hotel is a fabulous location. Its white sand beach and expansive grass area scattered with palm trees makes an excellent setting to enjoy a few beers and catch up with all the yachties that I have become great friends with over many years,” commented Peter Ahern, owner/skipper of Oi!.

The increase in the number of international boats and crew, together with an increase in charterers who fly in and charter a local boat to race, is encouraging for the future of the event, and also for Phuket and the Panwa area.

Phuket Raceweek attracts approximately 500 sailors and family members each year, and while the Regatta is four days long, participants and their families often come for longer, choosing to either arrive early or stay on after the Regatta. The revenue from travel, accommodation, dining and entertainment is considerable during Phuket’s summer season, and goes directly into the local economy.

“The multi-day nature of regattas means they generate significant revenues for the local economy in which they are held. Looking at the participants this year, and taking into account the residents competing and those coming from overseas, we estimate Raceweek will generate 1,800 room nights for Phuket. Add to that travel, food, drink and entertainment, and the tourism dollars are considerable,” commented Jones.

Marine tourism and sports tourism are two segments of the tourism industry that are showing strong growth, and are identified by the Tourism Authority of Thailand (TAT) as having great potential, attracting visitors with high spending power.

Phuket’s world-class marine infrastructure is a major pull in attracting high-end visitors and together with the stunning cruising grounds and internationally-famous marine events, have helped make Phuket a playground for the wealthy.

“Phuket Raceweek is at the core of promoting Thailand’s marine tourism and continues to help build Phuket’s global reputation as a yachting hub, as well as delivering an economic return to the Island,” added Jones.

Cape Panwa Hotel Phuket Raceweek takes place on July 16-20, 2014 at Cape Panwa Hotel. Organized by Media Business Services, the award-winning regatta is set to welcome one of the most competitive fleets of boats in the event’s history.