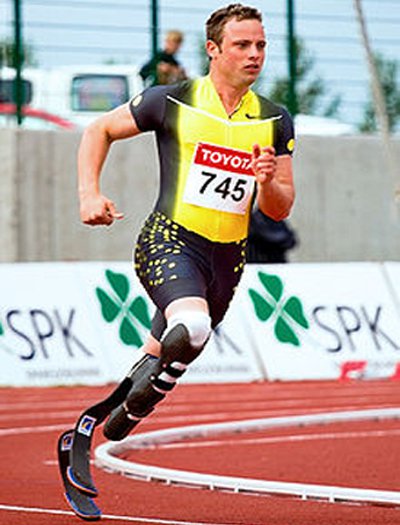 “I want to apologize for the timing of my comments but I do believe there is an issue here.”

Oscar Pistorius has apologized for his outburst after he lost the final of the 200 meters at the Paralympic Games in London.

South African Pistorius, known as Blade Runner, was beaten to the post by Alan Oliveira in a shock result, which caused Pistorius to question the length of Oliveira’s blades.

The International Paralympic Committee (IPC) assured Pistorius his opponent’s blades had been measured and were within the limits set out prior to competition.

The shock defeat was the first time he has lost the 200 meters in nine years.