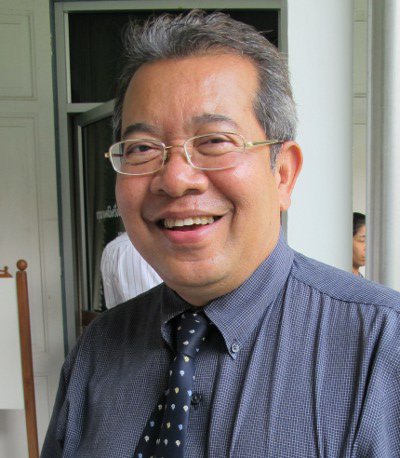 PHUKET: The new director the Tourism Authority of Thailand (TAT) office in Phuket Town has proclaimed the “low season” a thing of the past with so many tourists arriving year-round.

Speaking at the “Governor Meets the Press” gathering at Provincial Hall today, TAT Southern Region 4 Office director Chanchai Doungjit expressed confidence in the performance of the Phuket tourism industry, saying he expects total revenue generated therefrom to be higher in 2012 than last year.

“Although Phuket is in the ‘green season’ now, there are still many tourists coming to the island. I can even say there is no ‘high’ or ‘low’ season in Phuket anymore, since it always has lots of tourists all the time,” he said.

The term “green season” was coined several years ago by the TAT and local tourism associations as a “rebranding” of what was formerly called the low season.

Phuket generates more than half of all the estimated 210 billion baht in tourism revenue generated annually by all 14 provinces in the southern region and remains the fastest-growing province in the region, he said.

“Even though recently many negative incidents have tarnished the image of Phuket, the province is still popular among tourists. Overall, I don’t think these incidents… will severely affect the tourism industry – especially if relevant organizations cooperate to restore Phuket’s positive image by increasing security measures to assure tourist safety.

“Over the past few years, political conflict has had a huge effect on tourism, but now the political situation has calmed down greatly, it shouldn’t be a factor that stops tourists from coming to Phuket now,” he said.

“In 2011, Phuket had more than six million tourists, including both Thai and foreign visitors. As arrival rates have increased 25% to 30% on last year, we expect the total number of arrivals to be 6.7mn to 7mn by the end of the year.

“This means Phuket will generate about 110bn baht in industry revenue,” he said.