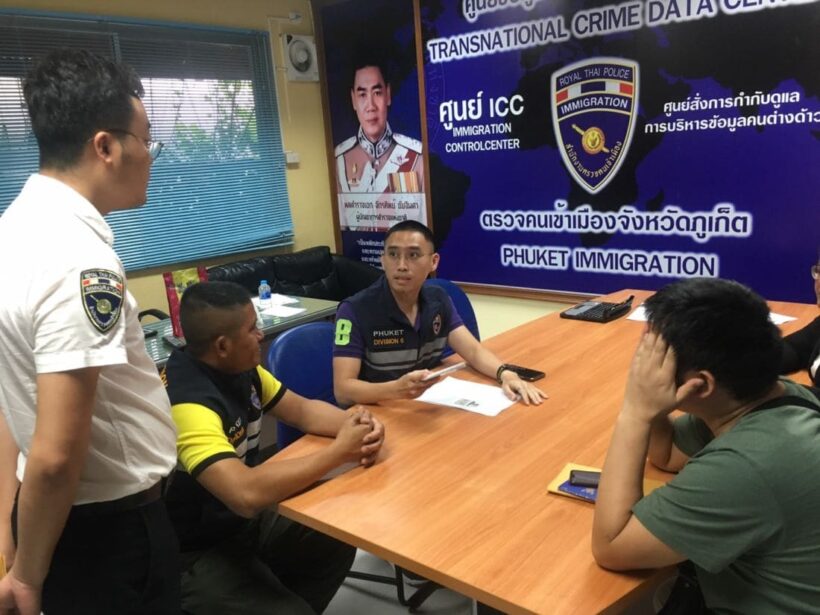 A blacklisted Chinese and Bangladeshi man have been arrested in Phuket.

The Chinese man, Xie Daijiang, whose former name was Xie Dajiang, was arrested for using fake documents 6 years ago. He has been blacklisted to re-enter Thailand for 100 years.

He had merely changed his name by adding the letter ‘i’ before submitting for his new passport. After that he entered Thailand again via the Phuket International Airport on a tourist visa.

Meanwhile, a Bangladeshi man, Md Ziaul Hoque, whose former name was Md Arian Hoque, has been arrested over illegally working in Thailand 5 years ago. He has been now been blacklisted from entering Thailand for 100 years.

He changed his middle name before submitting for a new passport. He tried to enter Thailand again via Suvarnabhumi Airport on a NON-O visa.

Their visas will be revoked and they will be deported. We look forward to welcoming them back in 2119.