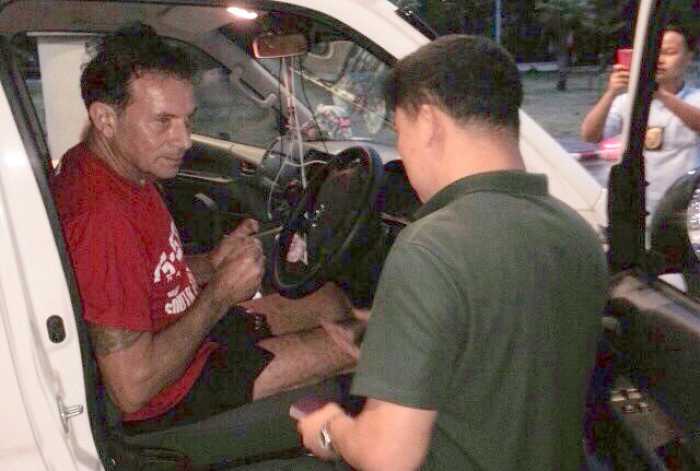 PHUKET: Immigration officers arrested Belgian national Patrick Lagrou, 55, who was wanted on an Interpol notice as a fugitive drug dealer, as he was attempting to leave Phuket on Saturday night.

Mr Lagrou is renowned as the biggest marijuana grower in Belgium’s history, amassing a fortune of 25 million euros – more than a billion baht – in assets before he fled to Thailand, said Phuket Immigration Superintendent Sunchai Chokkajaykij.

“He was arrested at the Tah Chat Chai checkpoint while attempting to drive off the island at about 8pm,” Col Sunchai told the press yesterday.

Mr Lagrou was attempting to return to his residence in Phang Nga province, just north of Phuket, Col Sunchai explained.

“After receiving a notice from Interpol, we searched his registered address in Phang Nga. He was not there, but we learned of the registration details of the van he was driving,” Col Suncahi said.

“So we stationed officers at the Tah Chat Chai checkpoint to catch him.”

Mr Lagrou arrived in Thailand on June 2 this year and extended his visa on August 1, the colonel added.

Thai officials will coordinate with the Belgian authorities in order to extradite Mr Lagrou to Belgium, Col Sunchai concluded.