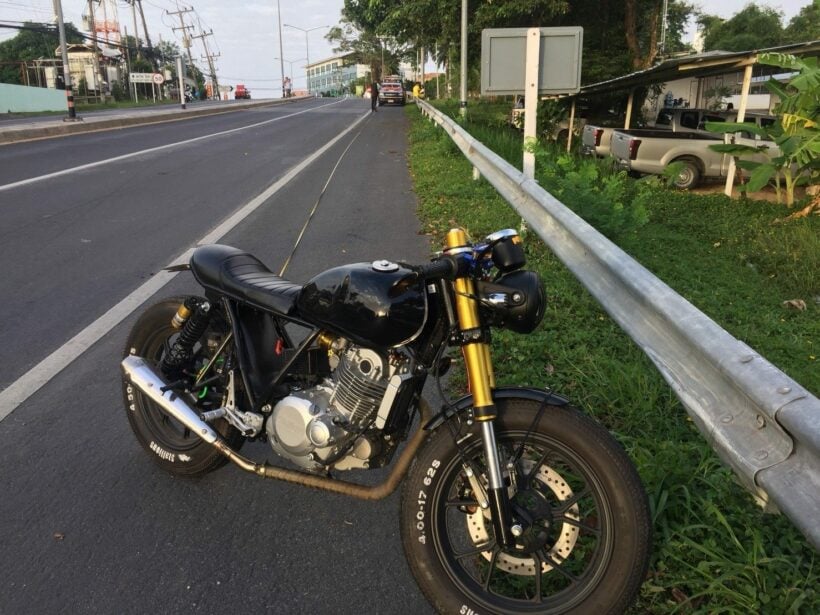 Chalong Police arrived at the Chalong underpass roadworks construction control office on Wiset Road in Rawai at 6am this morning to find the body of a foreign man who was later identified as 39 year old Belgian Frederik Maes on the ground. Two serious wounds were found on his stomach, knees and left leg. Blood was found coming from his mouth and nose. Police noted the his body had lots of tattoos on it.

A motorbike wheel was found near the roadside guardrails. There was flesh and blood found on the guardrails. Engine oil was found splattered in the middle of the road about 7o metres away.

A Black Stallions motorbike had been moved to the side of the road. No helmet was not found at the scene. The body was taken to Vachira Phuket Hospital.

Police say that it appears that the motorbike driver was heading from Rawai to Chalong Circle at high speed. When he arrived at the location of the accident, which is a steep and curved road, he somehow collided with with iron guardrail, bounced off and ended up in the middle of the road.

Stray dog adoptions on the rise