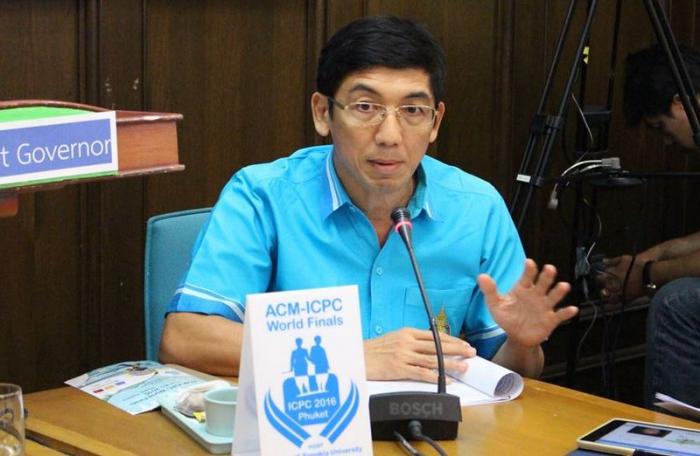 The ACM-ICPC is a multi-tiered annual programming competition sponsored by IBM, held among universities throughout the world.

“We have been submitting requests to host the world finals every year since 2011 and finally we were chosen,” said Associate Professor Worawut Wisutmethangoon, vice president for academic affairs at the Prince of Songkhla University (PSU) Phuket Campus. “The competition will draw 128 teams from 40 countries, with about 1,300 people in attendance at the 4,000-seat indoor sports complex at Saphan Hin.”

The competition is divided into three levels – national, regional and global. PSU hosted the regional contest four times between 2009-2015.

“We are privileged to be hosting the world finals, as well as having two teams from Thailand competing – PSU, the champions of the south, and Chulalongkorn University, which won the national level competition,” said Dr Worawut.