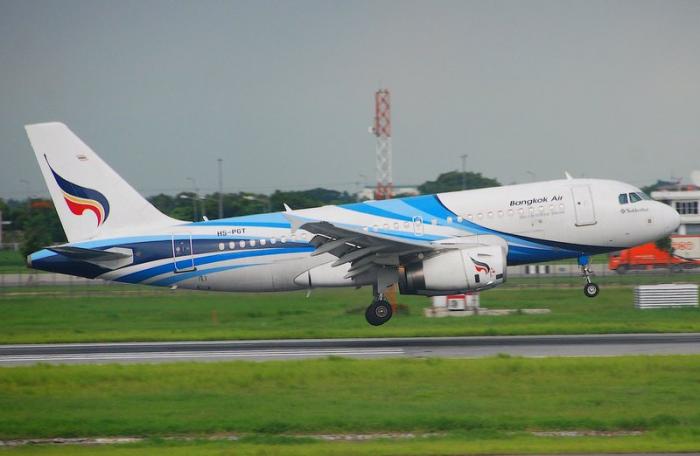 PHUKET: Panic ensued on a Bangkok Airways flight when cabin crew feared a bomb threat after overhearing a conversation between a group of passengers yesterday afternoon.

Staff on Bangkok Airways flight PG 924 from Bangkok to Phuket reported that prior to take-off, four passengers on the flight were overheard talking about ‘explosions’ with each other, said Sirote Duangratana, the general manager of Suvarnabhumi Airport.

“As a precaution, all 156 passengers, eight crew members and their luggage were evacuated. The plane was taken to an isolated parking spot to be checked,” said Mr Sirote.

The passengers in question, including a pram (Hindu monk), had brought a steel box containing a conch and small drum in their hand luggage. Prior to take-off one the assistants of the pram was overheard saying that the box might ‘ra-berd‘ if they weren’t careful while handling it, confirmed Col Kittipop Chompoonuch of the Suvarnabhumi Airport Police.

Ra-berd is a Thai word which means to explode or burst, which caused the crew to panic and report the incident to the pilot, Col Kittipop explained.

“We will investigate the case further before taking any action. If found guilty, the passenger may face a maximum penalty of five years in jail, a 200,000-baht fine or both,” he added.

All passengers were eventually put on a 6pm flight, resulting in a 6 hour delay.

A similar situation arose on a Lion Air flight last year after a careless comment from a passenger led to security concerns (story here).