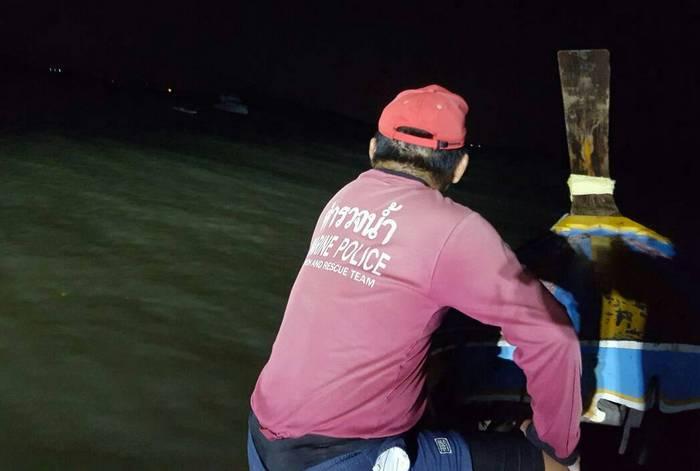 PHUKET: One man is dead and two are still missing after the canoe they were taking to a yacht anchored near Koh Sireh in Phuket capsized last night.

Rescue workers were able to recover Visut Prasert, 58, and Santhaya Kasikun, 9, from the water, shortly after the canoe flipped at about 10pm.

Mr Visut was taken to Vachira Phuket Hospital where he was pronounced dead on arrival. Nong Santhaya is in healthy condition and was not in need of any medical care, confirmed police.

“We received the report of the capsized canoe just after midnight,” confirmed Phuket Marine Police Chief Panya Chaichana. “However, by the time we got to the scene, rescue workers had already been searching for the two missing men for about two hours. It was too dark to continue search efforts at that time.”

Relatives told police that Mr Mat had been hired to take care of the yacht and often took his canoe there to check on it. This particular night, he brought along two friends and Nong Santhaya.