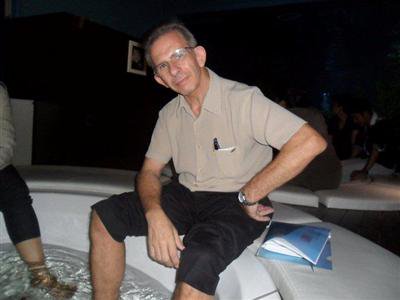 The Belgian suffered a stroke early some time early last week and then slipped into a coma before being declared brain dead.

Acting on his final wishes, his nephew Dimitri Schubert from Belgium arranged a power of attorney so that Yvon’s vital organs could be removed from his body and donated.

As soon as a Red Cross medical team from Bangkok finished removing the organs, life support was turned off and Yvon quietly passed away.

Red Cross volunteers were among those who attended Mr Van Eyersen’s cremation service the following day.

Some of the mourners present, including the one who arranged the service, had outstanding legal cases against Mr Van Eyersen.

A source told the Gazette that the amount of money involved in at least one case was “enormous”.

For some of them, Mr Van Eyersen’s passing was not only the loss of a friend, but also the end of any hope of recovering losses resulting from business dealings with him.