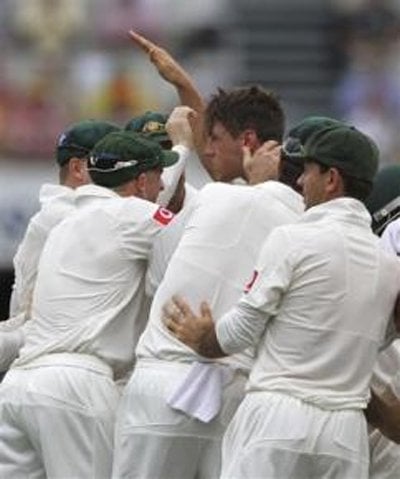 PHUKET: A round-up of the latest news from the world of sport for Phuket’s international community.

Atletico Madrid’s 16-match unbeaten run came to an end at Portugal’s Academica, 2-0 winners thanks to a brace from Wilson Eduardo, while Ivorian striker Lacina Traore fired Russia’s Anzhi Makhachkala to a 1-0 win over Liverpool in Moscow.

There was also a brilliant individual performance from Napoli striker Edinson Cavani, who scored four goals as the 1989 winners twice fought back from a goal down to beat Dnipro Dnipropetrovsk 4-2 and stay in the hunt.

Inter breezed past Serbian Champions Partizan Belgrade 3-1 in Serbia as Argentine forward Rodrigo Palacio came off the bench after a goalless first half and sent the Serie A side on their way with a brace.

Fredi Guarin added the third before Nemanja Tomic scored Partizan’s first goal in the competition, which came as scant consolation after they suffered a fourth successive defeat and stretched their winless streak against Italian opposition to 24 years.

Inter coach Andrea Stramaccioni, who rested the bulk of his first-choice players who engineered a 3-1 win at Italian champions Juventus on Saturday, praised livewire Palacio after he silenced the noisy but well-behaved 25,000 home crowd.

“Palacio a very important player for us, he has very good skills because he is a versatile forward who can play in several positions and has an eye for goal,” Stramaccioni told a news conference.

“We have continued our winning streak and this will give us the confidence we need to maintain our challenge for the Italian League title, starting with a difficult away game against Atalanta,” he added.

Rubin booked their ticket with a 1-0 win at Azeri champions Neftchi Baku, while Bayer thrashed Rapid Vienna 3-0 and Metalist beat Rosenborg 3-1 to advance from Group K.

Lyon ensured their survival through the winter break with a 3-2 win at last season’s runners-up Athletic Bilbao, who are out of the reckoning with just one point from four games, while Hannover edged Swedes Helsinborg at home by the same score thanks to an injury-time Szabolcs Huszti penalty.

Tottenham, who won the UEFA Cup in 1972 and 1984, kept alive their hopes of progressing with Jermain Defoe scoring a hat-trick in a 3-1 win over Slovenia’s NK Maribor.

Former Bolton Wanderers player Fabrice Muamba walked on at halftime to salute the crowd in an emotional return for a player who nearly died at White Hart Lane in March when he suffered a cardiac arrest on the pitch.

With tears streaming down his face, he pointed to where he fell and then addressed the fans, who gave him a standing ovation.

Lazio top Group J with eight points after thrashing Panathinaikos 3-0, while Tottenham are second on six and Maribor slipped one place down to third on four points.

Fenerbahce also edged closer to the knockout stage with a 2-0 home win over AEL Limassol while 1976 winners Borussia Moenchengladbach are still deadlocked with Marseille after their 2-2 draw on the southern French coast.

Both sides have five points and are as many behind Fenerbahce after Gladbach striker Juan Arango first fired the German side into an early lead and then equalized in the 90th minute.

In addition news, Steven Gerrard is set to become the sixth England player to win 100 caps after being named in Roy Hodgson’s squad to play Sweden in a friendly in Stockholm next Wednesday.

Gerrard, 32, was included after Hodgson originally suggested that he would be among some senior players rested for the game.

However, the manager changed his mind and Gerrard is now expected to reach the milestone but Ashley Cole, who also has 99 caps, will have to wait for his century.

Muamba, whose heart stopped beating for 78 minutes after collapsing during an FA Cup tie between Spurs and Bolton, made a full recovery but the 24-year-old was forced to retire from the game on doctors’ orders.

Walking onto the pitch during the halftime interval at the Europa League match between Spurs and Maribor of Slovenia, Muamba pointed to where he fell and then spoke to the crowd with tears streaming down his face.

“I want to thank all of you Spurs fans who were here and who prayed for me,” he said.

“You were all fantastic and I will never forget,” he added as fans gave him a standing ovation that lasted for several minutes.

The medical teams of Spurs and Bolton treated him for more than 20 minutes on the pitch after he collapsed and he spent four weeks in hospital in East London where he made a miraculous recovery before he was discharged.

The former England under-21 international, who carried the Olympic torch in July, was invited to Zurich last month by FIFA President Sepp Blatter to discuss a possible role with world soccer’s governing body.

Cricket – Australia struggle
Australia’s pace attack sent South Africa captain Graeme Smith back to the pavilion but were otherwise held at bay as the tourists made 90-1 on the opening session of the first test at the Gabba today.

The Australians would have hoped to have made greater inroads into the South African order but the green-tinged wicket played well and Alviro Peterson, who had made 45, looked comfortable enough alongside Hashim Amla (29) at the break.

Seamer James Pattinson struggled to put pressure on the South Africans in his first spell but returned at the other end in the 10th over and had an immediate impact when he trapped Smith leg before wicket for 10.

Australia had already seen one appeal to the TV umpire fail but did not hesitate to go for a second when Pattinson’s delivery caught the South African skipper’s trailing leg as it hurtled towards the stumps.

Umpire Billy Bowden was not inclined to raise his characteristic crooked finger but the third umpire confirmed the dismissal to the delight of the home crowd.

Del Potro was in impressive form as he overpowered the Serbian world number nine 6-0 6-4 in his second Group B match at the season-ending tournament and now goes into his last round-robin match needing to beat Roger Federer to give himself a chance of reaching the semi-finals.

It is a similar scenario in 2009 when he also faced the Swiss in his third match needing to win. Then he pulled off a three-set victory that saw him squeeze through at the expense of Britain’s Andy Murray by virtue of a games countback.