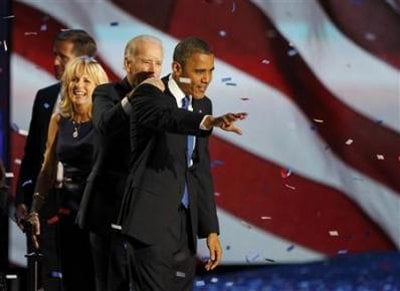 PHUKET: President Barack Obama later this month will become the first US leader to visit Myanmar, marking the strongest international endorsement so far, of the fragile democratic transition in the once-isolated Southeast Asian country, after decades of military rule.

Obama will travel to Myanmar as part of a November 17-20 tour of Southeast Asia that will include stops in Thailand and Cambodia, the White House said as it confirmed his first international trip since he won a second term in Tuesday’s election.

He is going ahead with the trip despite recent sectarian violence in western Myanmar, which has drawn concern from the United States and European Union.

U.N. human rights investigators have criticized the quasi-civilian government’s handling of the strife between Buddhists and minority Muslims, and some Myanmar exiles see Obama’s trip as premature before political reforms have been consolidated.

The visit to Myanmar, the first by a sitting US president, will give Obama a chance to meet President Thein Sein and opposition leader Aung San Suu Kyi to encourage the “ongoing democratic transition,” White House spokesman Jay Carney said.

Suu Kyi spent years in detention under the military as the symbol of the pro-democracy movement and was elected to parliament in April.

Obama’s presence in Myanmar, also known as Burma, will highlight what his administration sees as a first-term foreign policy achievement and a development that could help counter China‘s influence in a strategically important region.

Washington takes some credit for a carrot-and-stick approach that pushed Myanmar’s generals toward democratic change and led to Thein Sein taking office as reformist president in 2011.

Obama will be in Myanmar on November 19, according to a senior government source in Yangon.

While marking a milestone in US efforts to promote reform in Myanmar, he also risks criticism for rewarding the new government too soon, especially after security forces failed to prevent bloody ethnic violence in the west of the country.

Some 89 people were killed in clashes between Buddhist Rakhines and minority Muslim Rohingyas, according to the latest official toll covering the last 10 days of October. Many thousands more have been displaced by the violence.

The US Campaign for Burma, an exile group, said Obama’s trip could “undermine the democracy activists and ethnic minorities,” but that if the president was intent on going, he should broaden his agenda to include meetings with the still-powerful military and an address to parliament.

A senior administration official said Obama, who will also speak to civil society groups, was “acutely aware” of concerns about human rights, ethnic violence and political prisoners in Myanmar and would address those issues during his visit.

Sanctions eased
The United States eased sanctions on Myanmar this year in recognition of the political and economic changes under way, and many US companies are looking at starting operations in the country, located between China and India, which has abundant resources and low-cost labor.

In November 2011, Hillary Clinton became the first US secretary of st

Strong earthquake felt in Bangkok this morning; no reports of tremors in Phuket