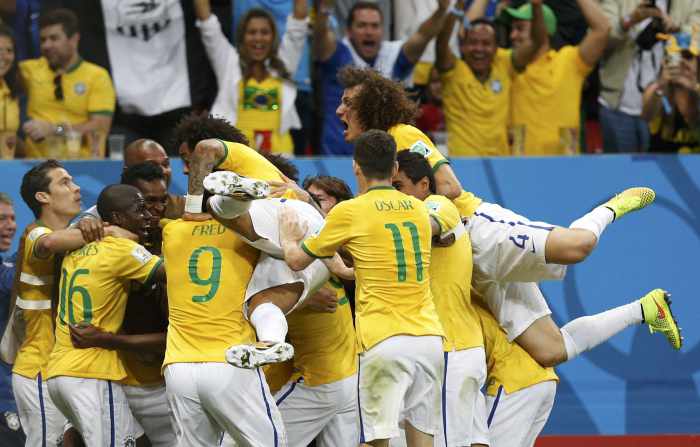 PHUKET: Hosts Brazil aim to become the first team to reach the quarter-finals of the World Cup on Saturday by maintaining their superb recent record against opponents Chile.

Uruguay, reeling from the loss of suspended striker Luis Suarez, meet in-form Colombia in Saturday’s other second round match which again pits two South American rivals against each other.

Seeking a sixth World Cup on home soil, Brazil began to find their rhythm in the 4-1 demolition of Cameroon in their last group game and will aim to keep the party going in a lunchtime kick off in Belo Horizonte.

Brazil knocked out Chile at the same stage in the 2010 World Cup and have won nine of their last 10 meetings. However, this talented Chilean team has already beaten defending champions Spain in the group stages.

Uruguay’s Suarez has been banished from the World Cup and banned from the game for four months after biting an Italian defender in Uruguay’s final group game, an incident which tarnished a thrilling tournament.

Colombia head to the Maracana stadium in Rio de Janeiro in more buoyant mood, having won all three of their group games and racked up nine goals in the process.