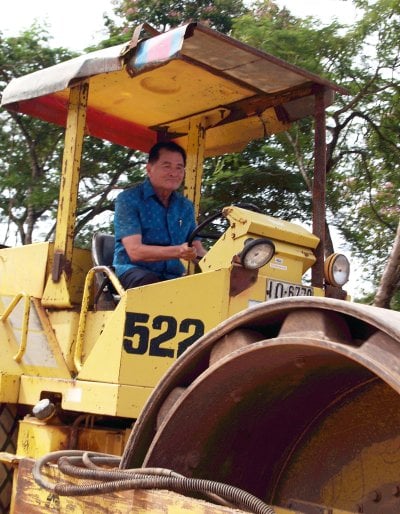 The ceremony took place near the grounds of the Mineral Resources Center 2, where Gov Wichai and MP Raywat tried their hands at operating heavy construction machinery.

Gov Wichai made the first progress in construction by operating an excavator and a compactor, while MP Raywat chipped in behind the wheel of a motor-grader.

The short cut, given the temporary name ‘Phang Muang Khor Road’, will have four, 3.25-meter-wide traffic lanes with a 2-meter-wide median strip.

The 684-meter-long road will also have drainage, 1.5-meter-wide sidewalks, and streetlights every 35 meters on both sides.

Karanrat Construction Company is responsible for the construction, and the contract calls for completion by December 8, 2010.