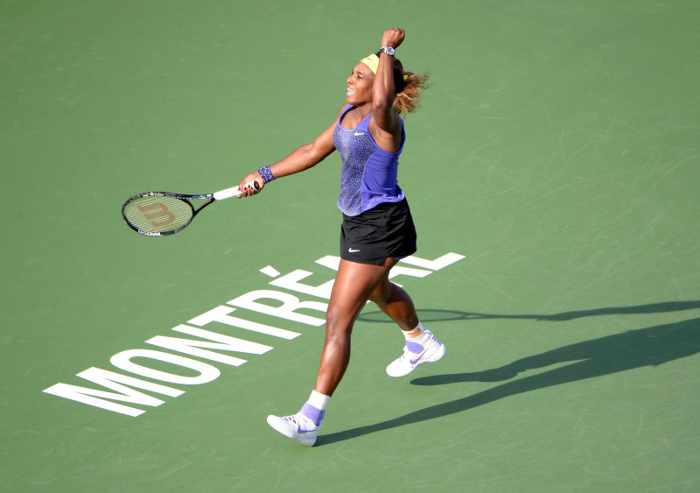 PHUKET: World number one Serena Williams cruised into the quarter-finals of the Rogers Cup with a 7-5 6-4 win over Lucie Safarova on Thursday but the Montreal tournament lost two of her potential title rivals when Maria Sharapova and Petra Kvitova were knocked out.

Second seed Kvitova, playing her first event since winning her second Wimbledon title, could not find her rhythm in falling 6-4 1-6 6-2 to Russia’s Ekaterina Makarova while fourth seeded Sharapova was beaten 6-2 4-6 6-2 by Spain’s Carla Suarez Navarro.

Playing in Montreal for the first time in 14 years, Williams has looked right at home on the Montreal hard courts after she won the tournament in Toronto last year.

While Williams was not as ruthless as she was in a 6-2 6-0 demolition of former-U.S. Open champion Sam Stosur in her opening match, the American still delivered on the big points when needed against her 15th-seeded Czech opponent.

“I really needed to serve well today because she was just hitting unreturnable serves for me,” said Williams. “We didn’t really have too many long rallies.

“We both were just hitting lots of service winners or aces. So it was kind of hard to get in a good rhythm.”

Williams will now face Denmark’s former-world number one Caroline Wozniacki, who brought Shelby Rogers’ fairytale run to a shuddering end by crushing the American qualifier 6-1 6-0, in the quarter-finals.

“Obviously Serena has all the experience. She has a big serve. She takes the ball early,” said Wozniacki.

“I would need to try and make her move, try and open up the points, serve well myself.

“Serena is obviously a great champion. She’s an unbelievable player. You can see that with how many grand slams she’s won, how many tournaments she’s won.