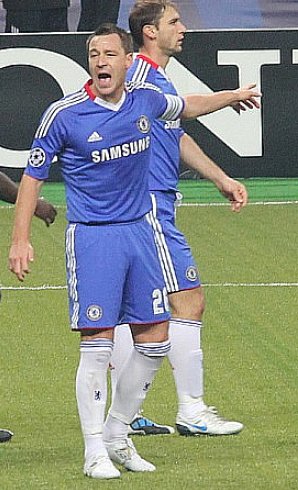 PHUKET: “Terry will not captain the England team until the allegations against him are resolved.”

The trial will take place on July 9, 2012 – after the Euopean Championship tournament.

Terry lost the captaincy before, in February 2010, due to allegations regarding his private life.

This is obviously another serious situation for Terry and the process seems fairly standard.

But let’s review the timeline of Terry’s case and compare it with another similar case, that of Liverpool’s Luis Suarez.

After a match between Liverpool and Manchester United on October 15, 2011, Patrice Evra claimed Suarez racially abused him during the game – 10 times, reportedly.

Suarez was charged on November 16 followed by a disciplinary hearing held December 14 -20. The Uruguyan was found guilty and given an eight-match ban with a £40,000 fine. This penalty was handed down on December 20, 2011.

John Terry is accused of racially abusing Ferdinand during Chelsea’s clash with QPR on October 23, 2011, eight days after the Suarez/Evra incident.

The former England captain was told he would stand trial on July 9 after a brief hearing on February 3, 2012.

While the case involving Suarez was processed within nine weeks, Terry’s will take nine months.

Granted, Suarez faced an independent regulatory commission of the FA and Terry will stand trial in front of a district judge, but it seems that two very similar situations have been handled in different ways.

So here’s a question to all of our football enthusiasts: Can anyone explain why Terry and Suarez are being treated differently for a case which in essence is based on the same crime?

Answers on a postcard or just post them in the forum below.

No change on a new day: Ruby Tuesday still leads the Bay Regatta