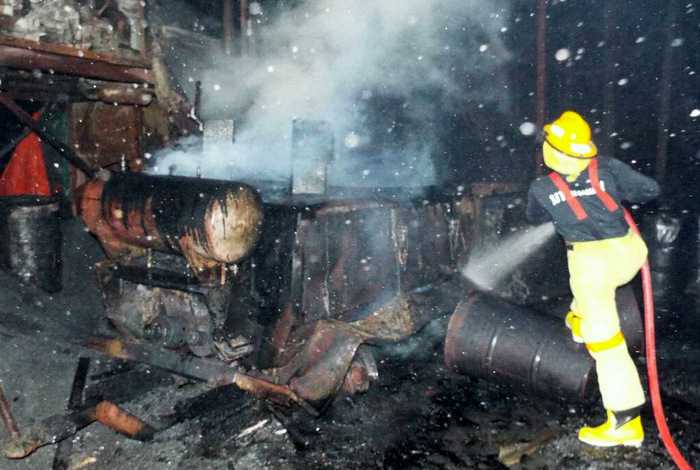 PHUKET: Sparks from a welder fixing a roof are believed to have set a quarry building on fire in Baan Yamu, on Phuket’s east coast, late last night.

Two teams of firefighters arrived at the quarry at about 11:20pm. They brought the blaze under control within about 30 minutes.

“One of our staff was welding on the roof,” said 49-year-old Penporn Onjan, the owner of the facility. “Sparks fell from the roof onto barrels of fuel below. The fire spread quickly.”

Ms Penporn estimated the damages to the equipment in the building to be at least 50,000 baht.

“We have yet to figure out exactly how much damage was done,” she said.

“At this stage, I am just glad that nobody was injured and that the fire was put out before it could destroy any more of the building.”

Police confirmed that experts would be called in to investigate the cause of the fire.

Sparks from a welder were also believed to have started a fire in the main workshop of a Toyota showroom last Sunday, causing more than 100,000 baht in damage (story here).