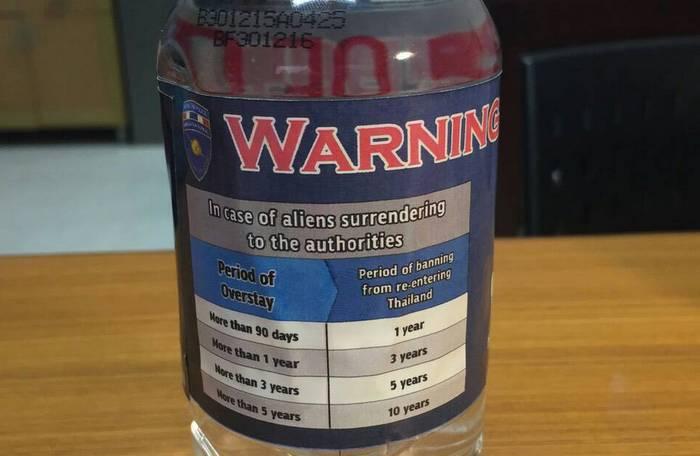 PHUKET: Water bottles with labels displaying the newly implemented overstay rules will be handed out to attendees at a public meeting with Immigration Commissioner Natthorn Phrosunthorn next week.

The meeting, to be held at Boat Lagoon on March 25, is aimed at clarifying the new rules as part of the Immigration Bureau’s national campaign on reinforcing rules on foreigners who overstay their visas.

“Lt Gen Natthorn will be on the island next week to clarify overstay rules following an order dated November 27, 2015 by Interior Minister Anupong Paochinda. The order targets those who stay in the country beyond their permission period, which affects internal security as well as the peace and safety of residents,” confirmed Phuket Immigration Office Chief Sunchai Chokkajaykij.

The water bottle label will state the following:

Phuket Immigration urged all hotel and business operators who employ foreigners, as well as any interested foreigners, to join. There will be a question and answer session after the meeting.