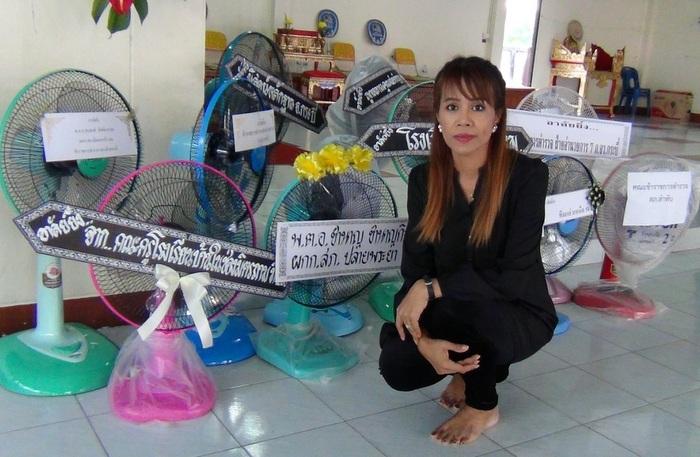 KRABI: The family of a high-ranking officer in Krabi has requested that fans be brought to the late lieutenant colonel’s funeral in lieu of wreaths.

The funeral of Lt Col Kliang Maneechote, 50, of the Krabi Provincial Police was held at a temple in Krabi Town after he passed away on March 13 after suffering a stroke.

Col Kliang’s wife, Laddawan Maneechote, 47, said that the fans will be more useful, as they will later be donated to schools and temples.

“My husband’s superior officer, Krabi Police Commander Nantadet Yoinual, and I agreed that my husband would have wanted it this way,” said Ms Laddawan.

“At first, people were confused, as it is a very unconventional request for a Thai funeral, but after explaining that we were donating them, people agreed that this is what my husband would prefer.”

Funeral services for Col Kliang will end today, with the cremation ceremony to take place tomorrow.