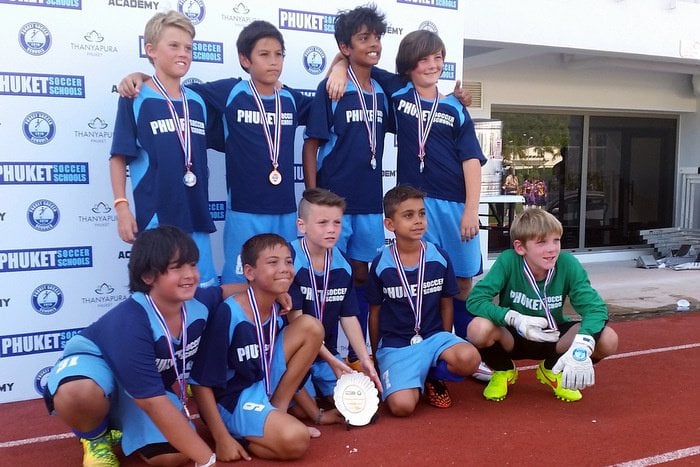 Players in Under-8, Under-10, Under-12 and Under-14 age groups competed during 12 hours of football involving 28 teams over the two days.

“This tournament brings together youth footballers from across Southeast Asia to share their love of the game while displaying their talent and sportsmanship,” noted PSS head coach Martin Hill.

PSS alone entered 28 players in three squads, one each in the Under-8, Under-10 and Under-12 divisions.

“And PSS player Tayvantook, who attends the PIADS School, was rated Most Valuable Player [MVP] in the Under-10 group, as voted by coaches from other teams.”

The winners in each age group received a trophy and gold medals, runners-up received the crystal bowl prize and silver medals, and third-place finishers took home the shell plate with bronze medals. All other players received tournament medals for their participation.

“This tournament would not be successful without sponsoring from our Academy parents, such as The Irish Times in Patong and their volunteering over the whole weekend,” Hill added.