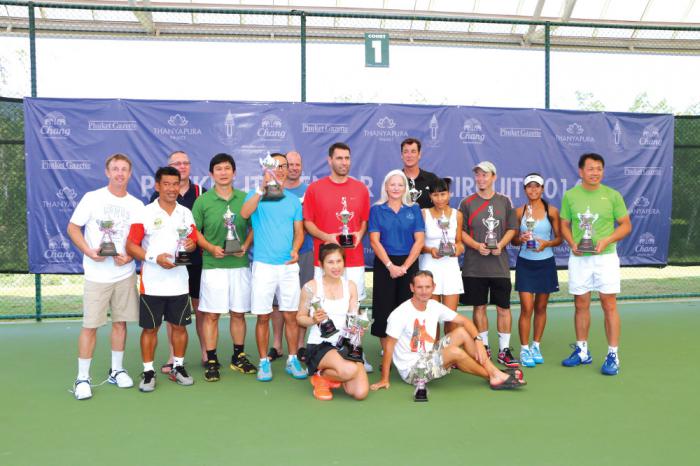 PHUKET: Thanyapura Phuket ITF Seniors Tennis Tournament organizers said they were very pleased to see such a great turnout of players at the event, which took place from April 7 to 12.

Many players also expressed their gratitude to the event organizers and praised the quality of the facilities where the tournament took place.

It was a good start for ITF Senior Grade 5 this year, with plenty of competitive play between international players from as far afield as America, Sweden, Britain, Sweden, Brazil and Portugal, as well as those from countries closer to home, including Japan, India, Malaysia and Singapore.

“Several players stated that they wished to return next year and praised the excellent organization that went into the smooth running of the tournament,” said Virapol Cholvibul, director of sport events at Thanyapura.

“We now aim to hold this kind of tournament again next year, as many of these players said they wanted to come back to play with us again,” he added.

This event was sponsored by the Phuket Gazette, PGTV and the ‘Phuket Today’, the island’s only national television show, broadcast daily on True Visions (channels 85 and 59).

Thongchai caps a memorable week at the Masters