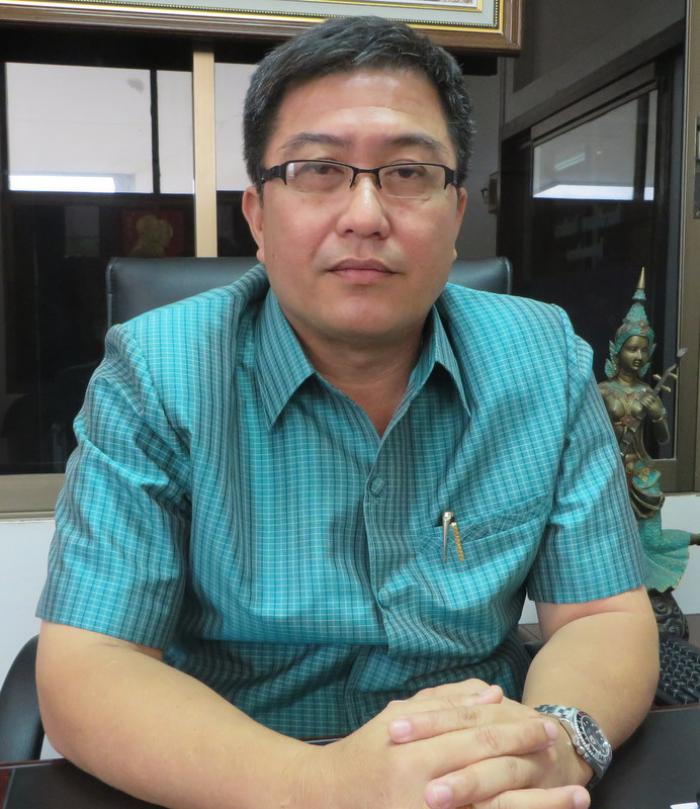 Sayan Chanachaiwong, 56, has been Kathu District Chief for about five months. With a master’s degree in political science from Ramkhamhaeng University, he worked as district chief in the restive Deep South province of Narathiwat for more than nine years, most recently in Su-ngai Padi, before coming to Phuket.

Here, he talks about his three priorities for Kathu.

PHUKET: My focus in Phuket is completely different from my focus in Narathiwat. There, I emphasized safety. I had to do inspections frequently, and because of the high level of danger, I had to be very circumspect when taking action.

In contrast, Phuket is defined by tourism. Here, I see my main job as supporting tourism while at the same time protecting people – and the island – from some of the side effects of development: drug abuse, environmental degradation and road dangers.

Take the issue of drugs, for example. From what I’ve seen, people in Phuket spend almost all their time working. This means less time for family, and less time for parents to monitor and advise children. Children who have no one to turn to when they encounter problems may turn to drugs.

On the drug enforcement side, we are continuing to use the Singharat special team set up by Veera Kerdsirimongkol, my predecessor. The team checks for drugs all over Kathu, and sends drug users to Vachira Phuket Hospital for rehabilitation.

Hospital staff have told me that drug use has been going up, so I started a grassroots team called “25 Pineapple Eyes”. The group is made up of local volunteers who prevent drug problems where they live. They pass on information to police officers, and keep an eye on and support people who’ve been through drug rehab.

When it comes to the environment, a critical battle is keeping concrete from overwhelming trees. Preserving forests is not just about preserving beauty, but about maintaining our safety and well-being. Cutting down trees on a slope increases the risk of landslides… and trees produce oxygen and cleanse the air we breathe.

With that in mind, my job is not only to catch encroachers on forest land and illegal loggers, but to repair the areas they’ve damaged.

In the past five months, I’ve made several arrests, but I don’t want to say much to the media because investigations are ongoing.

When people think of road dangers in Kathu, they are likely to think of the Patong Hill road. In cooperation with other authorities, we’ve already taken a number of steps to make that route safer.

We’ve opened a Traffic Management Center near the Thung Thong checkpoint that operates every Monday and Thursday. Officers there inspect buses, vans and other public transport before they go over the hill and also provide information and advice to first-time Patong Hill drivers.

We’ve also installed red boxes along the hill road that contain emergency supplies, such as wheel-blocks which can be used to stop vehicles that don’t have enough power to get up the hill. And the Highways Department plans to improve the road itself.

I have overarching goals for the whole district of Kathu, but unique management priorities for each sub-district.

Patong is about tourism and it’s our job to ensure visitors are safe there while enjoying their holidays.
In residential Kathu sub-district, we need to make sure that the infrastructure – electricity, roads, water and so on – are sufficient for people to live comfortably. And we need to help preserve and protect its old town.

Finally, there’s Kamala. It’s also residential, but more rural in feeling than Kathu sub-district, and what we want to do there is preserve local traditions and undertake public health projects and other social programs.

Ticking off the Songkran bucket list – respect before revelry

Unwanted babies in Phuket are not to be abandoned