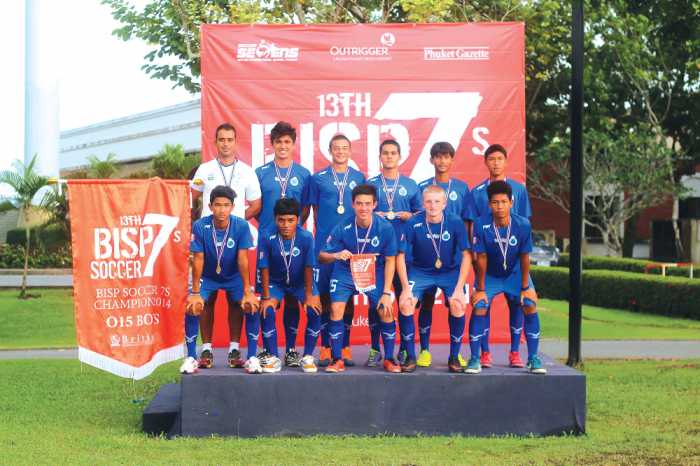 PHUKET: There are people out there who complain that kids nowadays spend all their free time in front of the TV, on the Internet or playing gaming consoles. A visit to the British International School Phuket (BISP) grounds during the recent Soccer 7s tournament would surely prove those people wrong.

With over 1,300 competitors and teams flocking to the island from throughout Southeast Asia, the BISP soccer competition is among the largest sporting events in the region. But it’s more than just the numbers. What matters also is the incredible atmosphere the event generates, bringing out the best of the sporting spirit and bounds of joy in students aged nine to 19, boys and girls alike.

But don’t let the ever-present smiles and cheers deceive you. The Soccer 7s tournament is a serious sporting competition, and the determination and skills the young players show on the football pitch never fail to impress spectators, who gather by the sidelines to watch the games.

This year, it was BISP’s own teams’ performance that will go down in the annals of the tournament. With three gold medals, including one in the prestigious “Boys Over 15” category, BISP were the top medal winners followed by Tanglin Trust Singapore and the Alice Smith School Malaysia teams.

The Phuket Gazette and PGTV’s ‘Phuket Today’ show, the island’s only nationally broadcast television program (aired daily on True Visions channels HD-79 and SD-107), are proud to have sponsored this event. 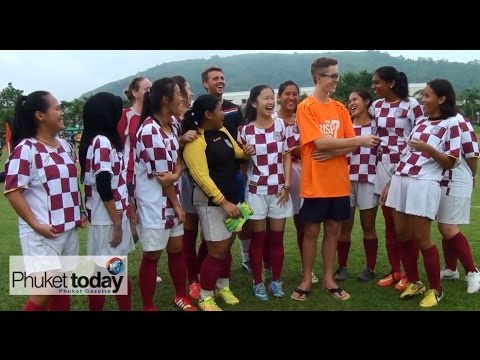 Archie Plunkett meets some of the rising stars at this year’s BISP Soccer7s tournament. Video: PGTV