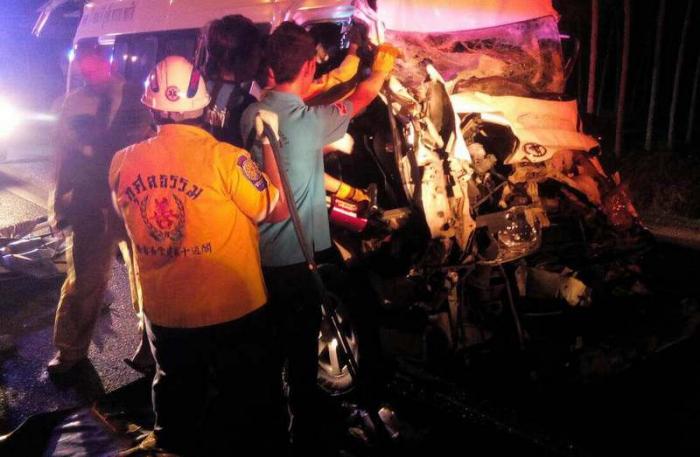 PHUKET: A van driver was killed when he reportedly slammed into the back of an 18-wheeler truck on Thepkrasattri Road early this morning.

It took rescue workers about 40 minutes to remove driver Nate Saengpayap, 35, from the vehicle, confirmed Lt Col Sanit Nookong of the Thalang Police.

“Mr Nate was not transporting any passengers in his van at the time of the crash,” Lt Col Sanit said.

Mr Nate was pronounced dead on arrival at Thalang Hospital.

The truck driver, 48-year-old Supamitr Chanseng, was not injured in the accident and waited for police to arrive at the scene.

Police have yet to press any charges as they continue with their investigation.