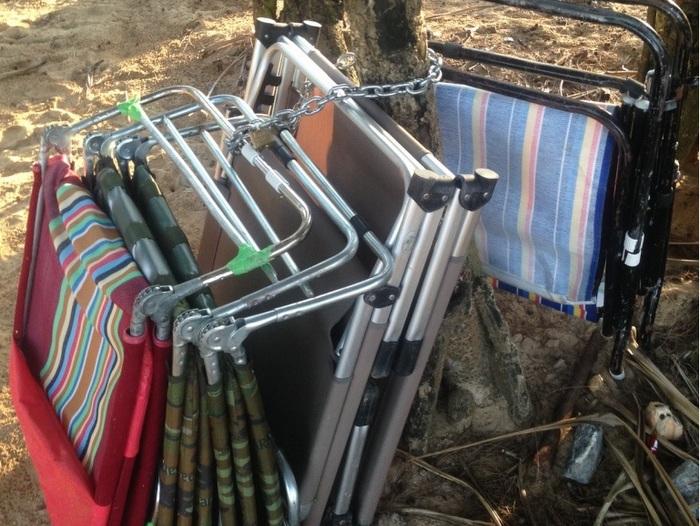 PHUKET: Beaches with vendors that continually break beach management rules will be stripped of their 10 per cent zones and designated as virgin beaches, confirmed Phuket Vice Governor Chokdee Amornwat.

The vice governor’s comments come fast on the heels of photographic evidence sent to the Phuket Gazette of beach chairs chained to trees at Kata Beach last week.

“We will do whatever is necessary to make sure beach rules are obeyed,” said Vice Governor Chokdee. “If necessary, I will set beaches back to ground zero, as Phuket Governor Chamroen Tipayapongtada has vowed that he wants Phuket’s beaches to be clean and clear.”

V/Gov Chokdee noted that it is up to local municipalities to monitor beaches and vendors in their jurisdictions to make sure that they are adhering to the rules.

“I have ordered my staff to look into the chairs,” said Karon Mayor Thawee Thongcham. “Though we are hesitant to take any action against tourists, I believe that once they realize the chairs are not allowed, they will follow the rules.”

He noted that if the chairs belonged to vendors, they would have to face legal repercussions.

“However, at this point, our staff is stretched fairly thin so we are asking for help from the Provincial Government and the Navy to assist in patrolling Kata and Karon beaches,” Mr Thawee said.

“I will help to designate patrol teams to monitor the beaches that need the most help,” he said. “I will meet with local officials next week to see how best to manage the patrols.”