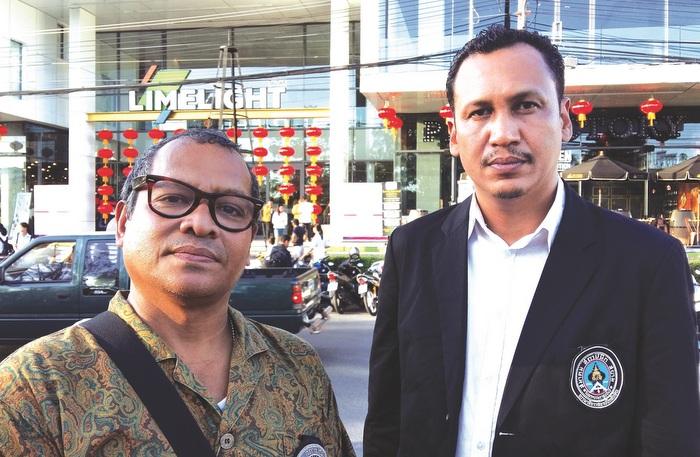 PHUKET: Even today, the Sino-Portuguese architecture of Old Phuket Town is an excellent example of practical designs that have stood the test of time. The simple and ingenious designs of shop houses and mansions built during Phuket’s tin-mining rush, and the influx of Chinese migrants in the 17th century, are often a source of inspiration for local and international architects.

The centuries-old buildings along Dibuk and Yaowarat roads rank among some of the region’s best known showcases of old architectural methods and practices that are still considered practical today.

So it was fitting that the recently built Limelight Avenue in Phuket Town was the venue for the Southern Architectural Expo 2016 held January 29-31. The event attracted architects from around the region to share their latest innovations and listen to guest speaker Dharaj Shivapakwajjanalert, who is a highly respected Phuket-based architect and founder of Dhamarchitects, a firm that has overseen several renovations of buildings in Old Phuket Town, including the On On Hotel and recently built the Little Nyonya Hotel. Mr Dharaj encouraged architects at the expo to travel in order to learn about building styles of days gone by. He recounted tales of his experiences in India, where he traveled for six months, learning about the roots of the countrys architecture.

Getting up close and personal to these ancient buildings is the best way to appreciate the scale of these magnificent structures, and there are many similarly inspirational designs throughout Asia, said Mr Dharaj, who stressed that he wanted to inspire others to find their own style by learning about ancient styles. Studying architecture from other cultures can help remove obstacles in the architects mind.

Organized by Prachya Sukkaew, vice president of the Association of Siamese Architects (ASA) Southern Office, the exposition brought together notable architects and designers from around the region to network and share ideas, and learn from the region’s leading architects about adapting ancient architectural styles for contemporary designs.

“It was great to see architects from all over Thailand come to Phuket for the expo. They came from the North, Isarn and even Laos. There were a lot of smiling faces and plenty of new ideas were shared,” said Mr Prachya.

Newly renovated buildings of Phuket Town that still retain their old charm such as the On On Hotel are excellent examples of timeless building designs that continue to inspire contemporary architects, he added.

The expo featured architectural workshops as well, including one for creating sketches of buildings in the Old Town.

One of the younger participants, architectural graduate Thammasak Masapsomboon, said the event was very useful for upcoming architects.

“I gained some good knowledge from inspirational speakers and learned about different ways of approaching projects. They shared solutions to design problems that I have been having and also gave me some good ideas for the future,” said Mr Thammasak.

By the Book: Live in Phuket, work abroad