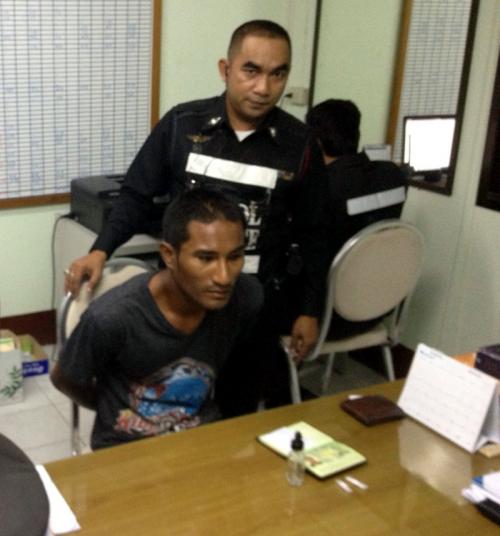 PHUKET: A man trying to avoid a police checkpoint in Chalong last night was caught by Phuket police and arrested for possession of heroin.

“We were at a checkpoint at Soi Thanoothep on Chao Fa East Road,” said Chalong Police Lt Phansak Chaithong.

“At 11:50pm, we signaled a man to pull over, but he turned his bike around and tried to ride away,” Lt Phansak said.

“We blocked him and when we searched him we found two bags of heroin weighing about 700 milligrams in the front basket of his motorbike. We also found drug-taking paraphernalia – a glass bottle and needle,” he said.

The rider was Chin So Min, a 28-year-old Burmese, who told police he bought the heroin for 2,000 baht from a Mr En, a Burmese man in Wichit, Lt Phansak explained.

Mr Chin was charged with possession of a Category 1 narcotic.

“We are looking for Mr En,” Lt Phansak added.

Drunk driver walks away from motorbike crash with parked 18-wheeler