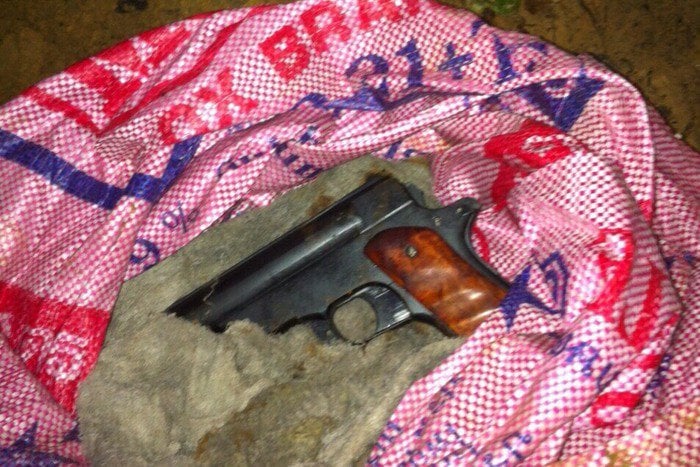 PHUKET: Two men have been arrested for their roles in the attempted murder of a man in Thalang on May 13.

Kordetch Sinto, 38, was shot in the back while he was sitting in front of his house (story here). Police originally thought that four suspects were involved but, following their investigation, they learned that only two men on one motorbike had participated in the crime.

“Mr Natthakit told us that he drove the shooter Nattapol Kamjeen, 23, to the house. Mr Nattapol jumped off, shot Mr Kordetch, got back on the bike and they fled the scene,” he explained.

“He then revealed that Mr Nattapol had run away to his home province of Nakhon Sri Thammarat.”

On Tuesday, Mr Nattapol was tracked down in Nakhon Sri Thammarat and police found the homemade handgun buried outside his home there.

“Mr Nattapol admitted that he shot Mr Kordetch because he looked like someone he had problems with who also lives in the same area,” said Col Peerayut.

Mr Kordetch has since been discharged from hospital, confirmed a nurse at Thalang Hospital.