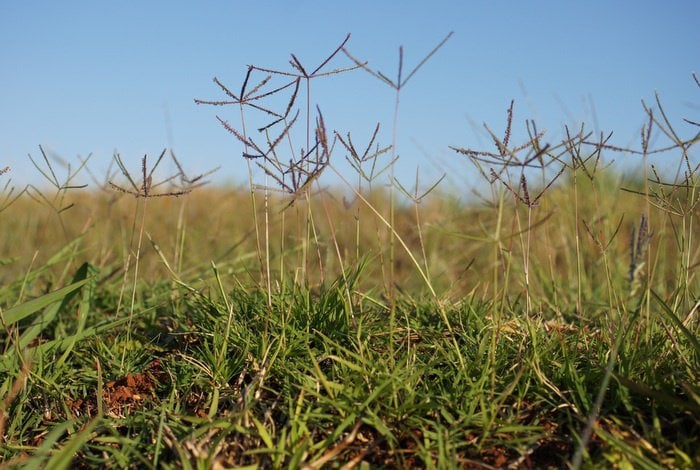 PHUKET: Michael Hickman, an experienced Kalim gardener, has some questions about grass. The first concerns grass varieties, their availability and maintenance.

“We laid the lawn in our garden six years ago and have tried to keep it regularly cut, weeded and fertilized,” Michael said. “However there are areas where we have lost the battle against some invasive grass type”.

Michael said he now plans to replace the existing grass with Malaysia grass which he grew successfully when he lived in Kuala Lumpur. He asked if it is suitable for the Phuket climate and would it be more resistant to invasive grasses? He concludes this list of queries by asking if I have any tips when re-laying the new lawn.

Searching questions all because growing grass in Phuket is no doddle. Nor is it particularly easy to find. A specialist who operated from a site along Chao Fa West has now been replaced by a Tesco supermarket. There is, however, a new nursery close to Chalong circle and opposite the police station that advertises grass for sale.

If you do buy a new variety for your lawn, there are a few common-sense principles worth following. Ensure that the sods have not been cut and stacked for days on end. If that is the case, the turves [layers] lower down the pile may be yellow from lack of sunlight and already sickly. You should avoid at all costs.

When re-laying, ensure that you have a reasonable depth of topsoil. I’m assuming, Michael, that you have plenty of the stuff because of your existing lawn. If not, then add some compost to the bare surface, or better still if you can get it, some top soil. The more moisture in the soil, the better.
Then press the turves down gently by hand. And wait until we have more rain. Most lawns have wilted or worse in the dry season. The best lawn I know is one that is watered twice daily.

As for varieties, the aforementioned lawn is composed of Malaysia or St Augustine grass (stenotaphrum), so it will do well here provided you give it plenty of TLC. It is not everyone’s choice with its broad leaves – Bermuda or Zoysia looks neater – but it is dense, soft and springy. Bermuda (cynodon dactylon) is a bit spiky, but has many cultivars bred for lawns and golf courses. Zoyzia is native to Asia.

Malaysia grass seems to resist wild and invasive varieties well, maybe because it is thick and spreads by means of stolons or lateral runners which root as they go. It does especially well in Malaysia because the climate there is wetter than in Phuket. But it does not like deep shade.

Incidentally, it is always a good idea to look around and see which grasses people are using and which types are doing well. But wild invaders are a problem; they are inherently stronger than the cultivars.

I know of one restaurateur who started with one variety and ended up years later with a neglected lawn composed of another variety altogether, a native strain that simply pushed the original one out.
Michael has other questions about woolly aphids or mealy bugs. Having made a bug line for his jatrophas or coral plants, he has tried hard to eradicate the infestation, employing ‘Bug Clear’ as well as detergents and home remedies.

Also keen to use natural remedies – good on him – he confesses the only thing that did the business was napthyl methyl carbamate. He concludes: “This year it is not working effectively and I have resorted to heavy pruning of infected buds and leaves as well as washing and spraying with detergent.”

The problem with these white critters is that they are protected by a waxy coat and once established are difficult to eradicate. It also sounds as though they are becoming resistant to the more powerful pesticide. If ants – which ‘farm’ mealybugs for their sweet secretions – are in the frame, then put anti-ant powder low down on soil or stems to prevent them climbing into the tender growth areas of the plant where the sap suckers are operating.

One possible solution is to water or spray with neem oil. The neem is a local tree (I have one in my garden) and is widely used by farmers in Thailand. It is best watered in as a systemic, thus causing less damage to the leaves and shoots.

In Focus: Pity the poor pangolin

Island Fever: After the thrill is gone