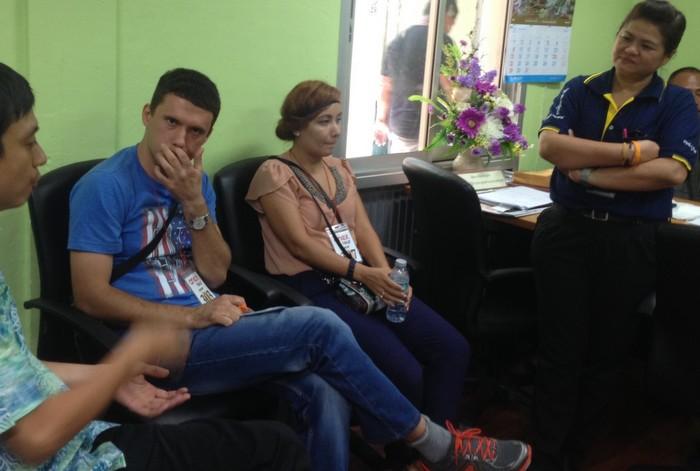 “They did not have their passports, but identified themselves as Irina Soboleva and Kolia, adding that they were employed by the Anex Tour Company,” PPLO chief Sutthipong Saisakaret told the Phuket Gazette.

“They were charged for working illegally as tour guides, an occupation reserved for Thai nationals, and for working without a permit.”

The suspects were taken to Chalong Police Station for further questioning. The tour company will also be called in to provide further details, explained Mr Sutthipong.

“Over the last two months, we have arrested more than 25 illegal tour guides, most of whom were Chinese, Russian and Ukrainian nationals,” Mr Sutthipong said. “The governor has ordered us to set up a special task force to keep an eye out for illegal tour guides.”