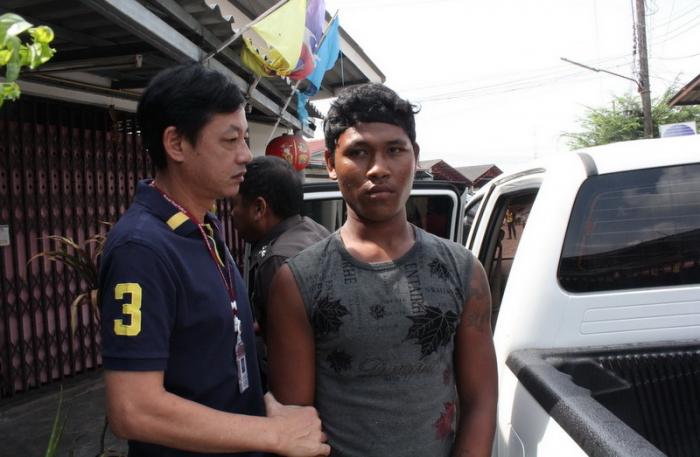 PHUKET: Police arrested a murder suspect just a few hours after the body of a Myanmar national was found at Por Pichai fishing port in Rassada yesterday evening.

“The body of Rang Gu Au, 29, was found lying in a pool of blood. He had been stabbed in the shoulder,” said Maj Nucharee Longkaew of Phuket City Police.

Police named the suspect, also a Myanmar national, only as ‘Nat’.

Mr Nat was arrested in his room near the fishing port at 6:20pm and found in possession of a knife with a 16-centimeter (6.3-inch) long blade.

“Mr Nat confessed to stabbing Mr Rang, after Mr Rang had allegedly attacked one of Mr Nat’s friends in a dispute about a rented motorcycle,” said Maj Nucharee.