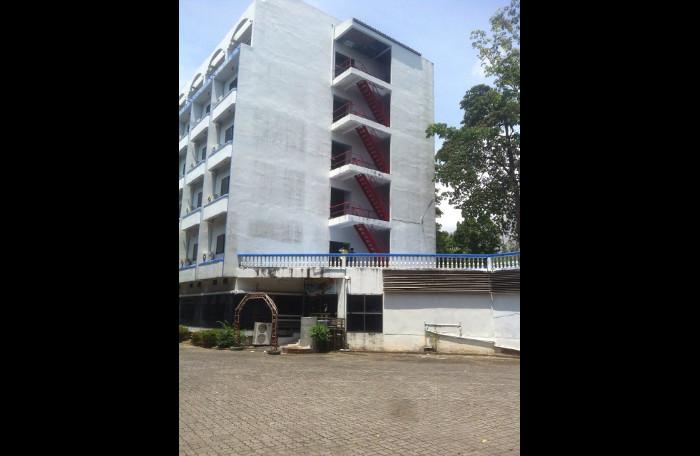 PHUKET: The body of a British man believed to have suicidal tendencies was found yesterday at the bottom of a five-story-high fire escape at the Manorah Hotel in Phuket Town.

The manager of the hotel on Komalphaj Road discovered the body of Ronald Rymer, 69, on a terrace at the foot of the building’s fire escape yesterday morning, confirmed Capt Udom Petcharat of Phuket City Police.

“Mr Rymer’s wife of seven years, Thayanee Larbbok, a native of Udonthani Province, said her husband was suffering from depression and that he had made several suicide attempts in the past. She said he visited Bangkok Hospital Phuket seeking treatment for his condition on May 11,” said Capt Udom.

The couple had checked in at the hotel the night before and were staying on the fifth floor. Ms Thayanee said she was outside, calling for a taxi to Rawai, when she heard hotel staff say someone had jumped off the building.

Mr Rymer’s body was taken to Vachira Hospital Phuket to determine the cause of death.

Police said that apart from blood coming from Mr Rymer’s right ear, there were no signs of any struggle or violence.