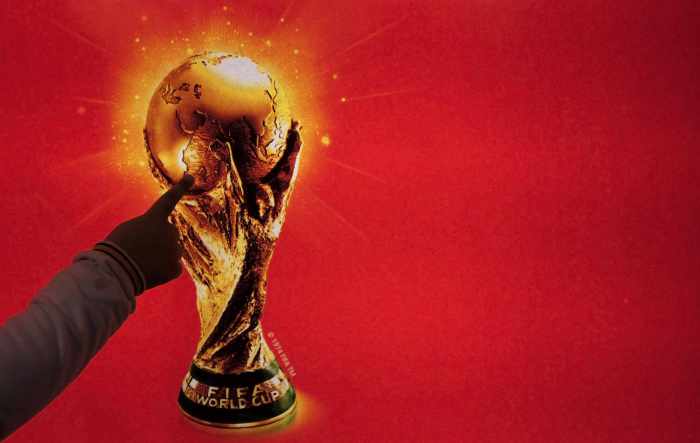 PHUKET: RS Inter announced late yesterday that it has authorised TrueVisions to broadcast all 64 matches of World Cup 2014 tournament.

As recently as Friday, RS International Broadcasting and Sport Management were in talks with TrueVisions on a deal to allow the TV subscription operator to air all 64 matches of World Cup 2014 on TrueVisions’ pay-TV platform and in high definition (HD).

However, a National Broadcasting and Telecommunications Commission (NBTC) source said the NBTC was expected to hold a press conference, at which, among other issues, it is expected to note that TrueVisions can’t air World Cup matches on its pay-TV network without the watchdog’s permission.

Failing to do so would lead to a breach of the NBTC’s “must-have” rule, which requires that certain programmes such as the Fifa World Cup final be aired on free-TV networks only.

RS Inter holds the broadcast rights for the 2014 World Cup in Thailand.

According to a TrueVisions source, it will air all 64 matches in full HD for its gold and platinum package subscribers, and some HD matches to those subscribers with lower packages.

Currently, TrueVisions has about 2.4 million subscribers. There are about 327,000 subscribers on gold and platinum packages as of the first quarter this year.

The Channel 8 digital TV of RS will air only 22 matches in standard definition format, while those using the RS World Cup set-top box can watch all 64 matches in SD format via the box that now sells at Bt1,590 per unit.

Subscribers of Sun Box, which is RS’ pay-TV platform, can pay an additional Bt299 to watch all 64 matches in SD format. It has also joined hands with Advanced Info Services, the biggest mobile-phone operator, to enable AIS subscribers to watch via the mobile platform.

Earlier, RS had announced that it would gain about Bt650 million revenue from its World Cup Licence.

Recently, the NBTC disclosed that the Supreme Administrative Court would begin hearing on June 10 the dispute between the NBTC and RS regarding World Cup broadcasting rights.

The NBTC had appealed to the Supreme Administrative Court against the lower court’s ruling suspending the NBTC’s “must-have” rule in the case of the World Cup football matches.

The Central Administrative Court did not shoot down the “must-have” rule altogether, but said it could not be applied retroactively against RS’s plan to allow the showing of only 22 of the 64 World Cup matches on free TV, as RS International had secured sole broadcast rights before the rule took effect.

The Broadcasting Committee wanted all Thais to be able to watch all 64 matches on free television.

RS secured the World Cup broadcasting rights on September 12, 2005, but the “must-have” rule only took effect in January last year.

Last April, RS petitioned the Central Administrative Court to seek an injunction against the rule on the grounds that RS International had secured the World Cup broadcasting rights for Thailand before the rule came into force.