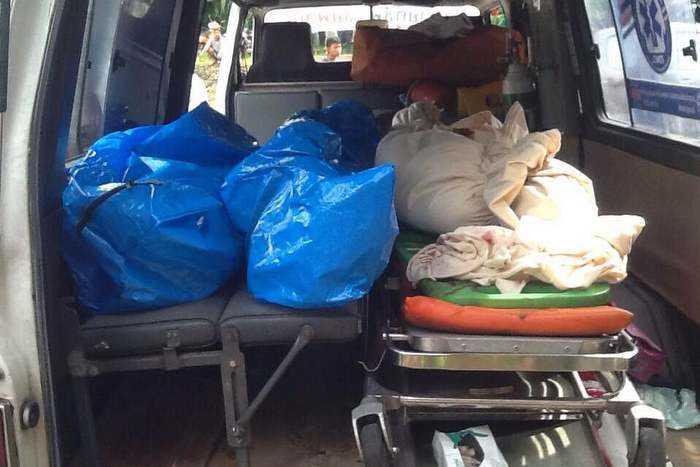 PHUKET: Police in Phang Nga, north of Phuket, are hunting a man who killed his estranged wife and her parents after he was allegedly denied entry into their house.

“We were called to the house by witnesses who heard gunshots. They told officers that Pornchai Pitak was the shooter,” said Phang Nga Provincial Police Commander Chalit Kaewyarat.

After questioning witnesses, police learned that Mr Pornchai, 28, had recently separated from his wife, Mrs Piyawan, and that they had a 1-month-old daughter*.

“We were told that Mr Pornchai came here to get his family back, but Ms Piyawan’s parents would not allow him inside the house,” Maj Gen Chalit explained.

“We believe that this was the motive for the murders.”

Mr Pornchai fled in a gold Toyota Vigo, plate number 410, which police officers found parked eight kilometers from the scene of the crime.

“The suspect was last seen running into the jungle. Officers are searching for him now,” Gen Chalit confirmed.

Although the baby girl was in the house during the shooting, he did not sustain any injuries and is now under the care of a relative of Ms Piyawan, confirmed Gen Chalit

* The story originally stated that Mr Pornchai and Ms Piyawan had a 3-month-old son.