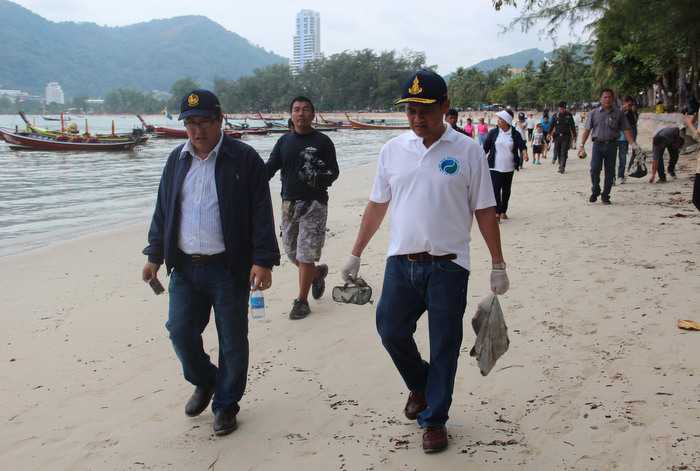 PHUKET: Governor Nisit Chansomwong got on the clean-Phuket bandwagon, as he led locals, students and officials onto Patong Beach for “Beach Cleaning Day” on Sunday.

“This activity is organized to strengthen the love and unity of the people within the community; help them develop a love for their hometown; help them keep it clean; and preserve our natural resources and the environment,” Governor Nisit said.

“By looking after the beach areas, which are the main attraction for tourists, we will be increasing the value of our tourism industry. Additionally, we will be promoting a good image of Phuket to both locals and tourists,” Gov Nisit said.

The waste problems that arrive with such an enormous number of tourists each year must be managed in order to promote the island as a clean tourists destination, Gov Nisit said.

“Beach cleaning will be done on all the important beaches of Phuket in hopes of raising awareness and creating long-term benefits for the island.”