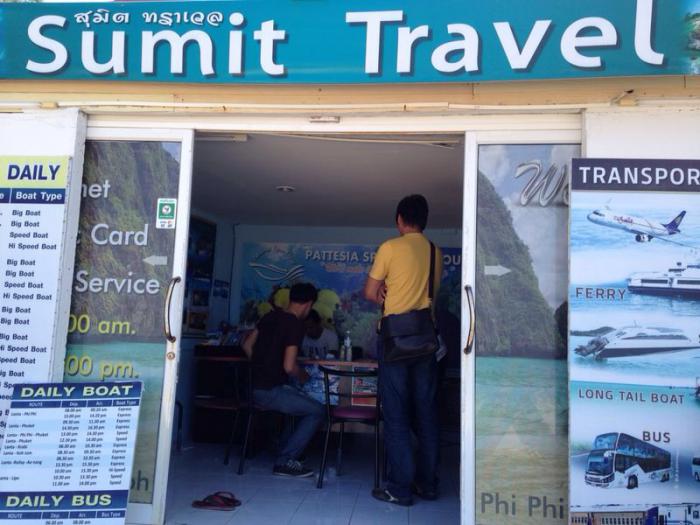 Polish tourist Magdalena Holak told Tourist Police that she had lost her debit card while on holiday on Koh Lanta in late February. After police checked with her bank and discovered that the lost card had been used at Sumit Travel on the island, they went to investigate.

“He talked in circles, arousing our suspicions, so we asked to search him.”

Ms Holak’s debit card was found in his pocket.

“He confessed that he had used the card five times. When customers paid in cash, he would swipe the card to pay their bill and keep the cash for himself. In total, he stole 128,200 baht,” Capt Somdech said.

Mr Winit was charged for illegally possessing and using another person’s electronic card and was transferred into the custody of Koh Lanta police.