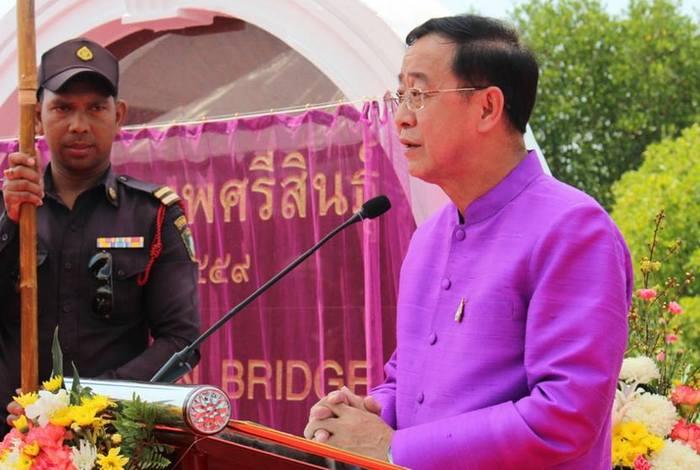 “The bridge will improve traffic flow. Additionally, it is a beautiful structure that is a boon to Phuket tourism,” Minister Arkhom said.

The bridge was originally slated to be finished in September last year, which has led to months of daily 200,000-baht fines.

Work began on the project almost 20 years ago, but was held up after the Ministry of Natural Resources and Environment ruled that the final stretch could not be built through mangroves in the area, which drains an area of low-lying land, much of it the legacy of sediments deposited there during decades of tin mining.

Then, in 2012, the project was pushed forward by the Cabinet under the Yingluck Administration (story here).

The approval follows a series of special legal amendments, enacted specifically for Phuket and the Klong Koh Pee project, during the administration of the Abhisit government. The amendments allow projects in mangrove preserves with ‘exceptional public benefits’ to go forward, but only with Cabinet approval.

Ground was first broken for the flyover project in 2013 (story here).