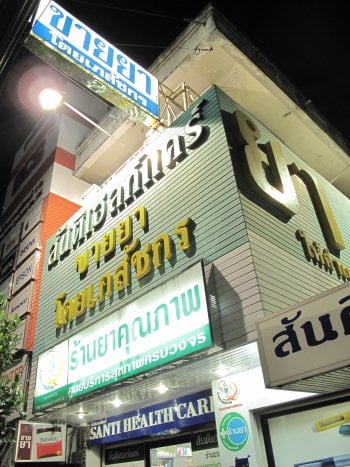 Starting on Monday this week, 20 drug stores displayed stickers showing their participation in the project, which is a joint initiative between Phuket City Municipality and the Phuket Drug Store Association.

Club president Jindee Santikayawakul said the stores will exchange the waste, such as expired medicines, used batteries and burnt-out fluorescent light tubes, for paracetamol tablets and throat lozenges. The drugs are being provided by pharmaceutical companies in Bangkok, he said.

Garbage trucks will be sent to collect the waste every second Tuesday each month.

Deputy Mayor Tavorn said the municipality had so far collected five tons of hazardous waste, which would be disposed of by the Phuket Provincial Administration Organization (PPAO).

The PPAO pays nine baht per kilogram to ensure the waste is transported off-island to a government-certified disposal facility, he said.

FC Phuket in training in Bangkok