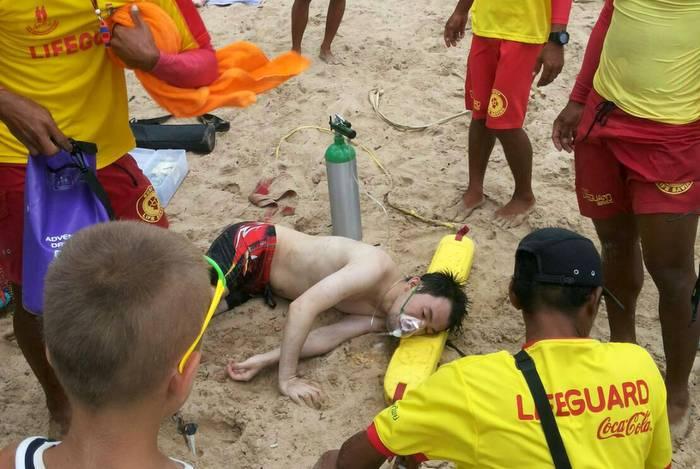 “At about 3:20pm, a longtail boat named Nateesup was on its way from Koh Ngai to Koh Lanta with two women, a man and a child on board,” said Mr Nithipat. “They were navigating through heavy surf when the captain noticed that the boat’s hull had cracked and that sea water was flowing in faster than the boat’s pump could pump it out.”

After receiving the report, Mr Nithipat immediately asked for help from boats near the longtail’s location off the coast of Koh Por. Luckily, several boats responded, rescuing the tourists and the boat’s captain.

In a separate incident, another Chinese tourist was rescued after being dragged out to sea from Kata Beach in Phuket yesterday morning. It took lifeguards approximately 15 minutes to rescue the man, who was swimming in a red flag zone in heavy surf.

The tourist’s condition was reportedly serious at the time and was rushed to Patong Hospital. He has since been reported as being in stable condition.