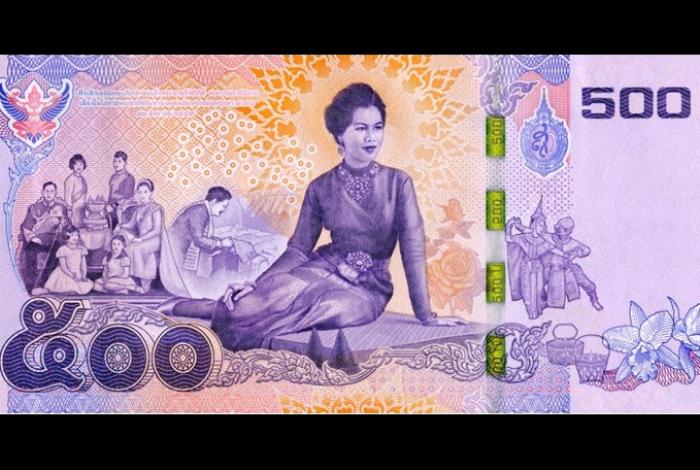 PHUKET: Twenty million commemorative 500-baht banknotes celebrating her Majesty the Queen’s 84th birthday on August 12 will be issued by The Bank of Thailand, officials confirmed on Tuesday.

The new banknote will depict a portrait of Her Majesty Queen Sirikit in traditional Thai royal dress. HM the Queen’s birthday marks the seventh cycle of the Chinese Zodiac, with each cycle comprising 12 years.

Other elements included in the new currency will include an image of the Royal family, Her Majesty
with products of the Royal Folk Arts and Crafts Center, the Royal Emblem, a depiction of a Khon dance-drama performance and the flowers named after Her Majesty – the Queen Sirikit Cattleya
and Queen Sirikit Rose.

A special security feature for the 500-baht commemorative banknote will include a radial pattern behind the portrait of Her Majesty and the Queen Sirikit Rose, which will be illuminated in yellow when viewed under ultraviolet light.

The commemorative banknotes will be go into circulation on August 11, 2016.