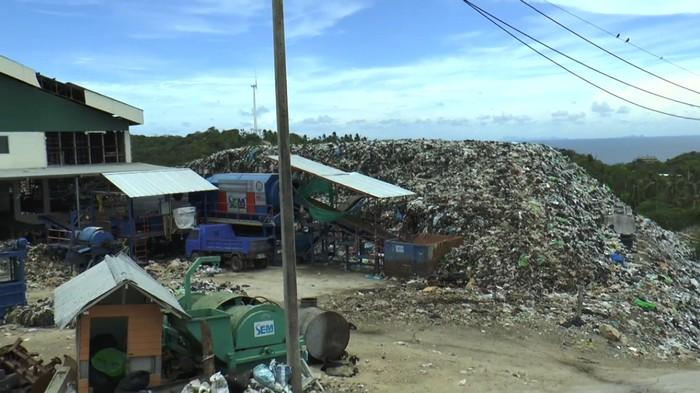 KOH TAO: Tourists are checking out of their hotels on Koh Tao in droves – fleeing the stink of a 45,000-ton mountain of garbage that is growing by the day after the island’s incinerator broke down three weeks ago.

With trash piling up at a rate of 30 to 40 tons a day on the island off Surat Thani, and rain washing the filth down onto the roads, local residents are up in arms as their homes become saturated with the stench of rotting rubbish and tourism takes a massive hit.

Koh Tao Municipality Chief Administrative Officer (palad) Auaychai Srithong revealed on Friday that the contract between the municipality and Success Environment Management Co Ltd (SEM), the operators of the incinerator, ended on August 15.

“The contract was not renewed because the company was not fulfilling its obligations and was mismanaging the trash,” said Mr Auaychai, adding that plans were afoot to implement a 6 million baht solution.

Mr Auaychai refused to elaborate on the problems with SEM, nor would he give any details of the proposed multi-million baht solution, stating that it would be “discussed” at an upcoming inspection visit of the facility by Region 45 Army Chief Ayupan Kannasut.

Ms Yee, a Myanmar national who was employed by SEM, claimed that the company had stopped processing the trash after not receiving money from the municipality. Subsequently 10 of the Burmese workers were not paid for two to three months, she said.

“Now I don’t have enough money to feed my family,” said Ms Yee.

Mr Ali, one of the company’s garbage truck drivers, told the Gazette that he had worked at the incinerator for many years and there had never been a problem with getting paid in the past.

“We were told by the boss to wait for our wages before he headed off to the mainland ‘for business reasons’. He left Koh Tao with all his belongings,” said Mr Ali.

The growing mountain of putrid rubbish is affecting residents’ health and having a severe impact on local businesses, say locals. “People are getting itchy rashes and are worried about catching diseases. It’s affecting tourism too,” said a resident who was afraid to give his name.

A German national on holiday on the island said he has been coming to Koh Tao every year for several years, but only this year has trash become a problem.

“Please do something about this immediately, before tourists stop coming here completely,” he begged.

Still no leads on fake bombs in Krabi