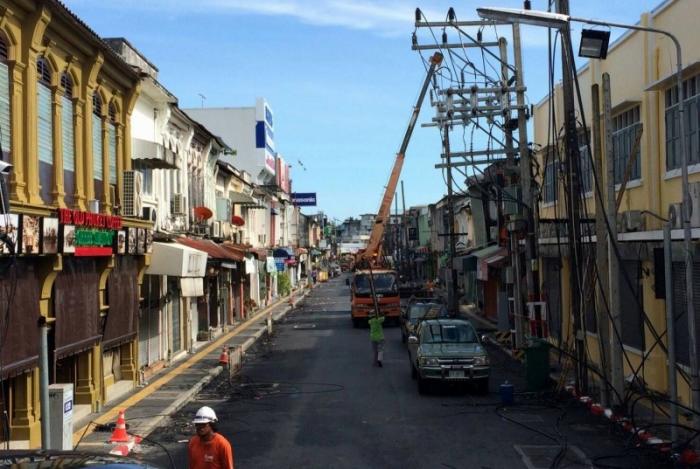 PHUKET: The Provincial Electricity Authority (PEA) announced on Saturday that it had finally completed a three-phase project to bury electric cables in the center of Phuket Town.

The beautifying of Phuket Old Town by burying power cables began in 2010 along Thalang Road.

The second phase saw the removal of overhead cables along parts of Dibuk Road, Krabi Road and Phuket Road in 2012.

The third and final phase of the project began in 2014 with a 32 million baht budget.to remove electrical poles and overhead wires along Phang Nga Road, Yaowarat Road and more of Dibuk Road by the end of 2015.

“We apologize for the delay and any inconvenience caused during the removal process, but now we are pleased to announce that the charm of the old town has been restored,” said Boontham Charoenpong, deputy manager of the PEA’s Phuket Office.