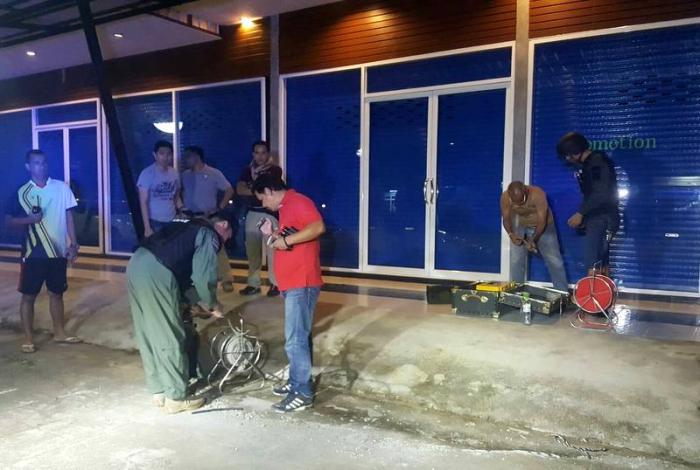 KRABI: Two devices, similar in design to the ones used in last month’s bombings (story here), were found in Krabi Town last week.

Authorities believe that the devices, which consisted of wires connected to an electronic circuit board, were left to scare passersby and to test the emergency response capabilities of police.

Police currently do not have any leads after examining CCTV footage from the area, Col Worapong Chiwpreecha, head of Krabi City Police Investigation, told the Phuket Gazette.

“One device was found on a median in Krabi Town at about 9pm on Thursday, in front of a restaurant on Maharach Road,” Col Worapong said.

“It contained three batteries and a flashing light. We cordoned off the road to secure the area while bomb disposal experts checked it out,” he added.

Police also received a report of a fake bomb found in a football stadium at the Institute of Physical Education’s Krabi Campus, during a nationwide sports day event.

Explosive Ordnance Disposal personnel found a series of batteries connected with wires. Police believe it was meant to cause panic.

“We urge everyone not to panic or to share rumors about these devices on social media. Please stay alert but calm,” Col Worapong said.