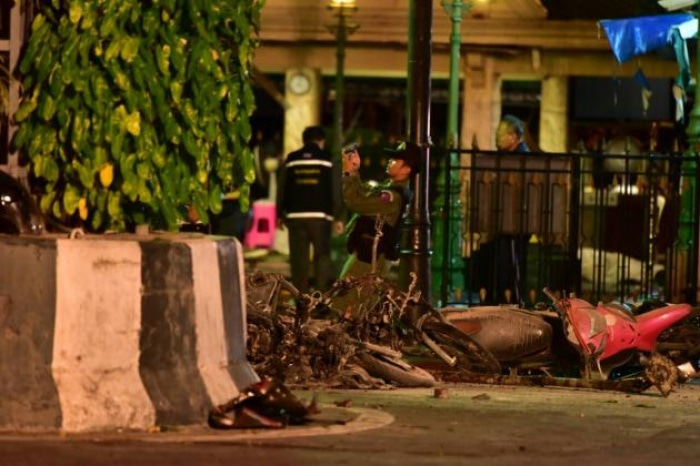 PHUKET: The fatal bombing near a tourism attraction in the heart of Bangkok will have an impact on Phuket’s tourism industry, experts told the Phuket Gazette today.

“The situation obviously affects tourism. Within three hours of the explosion, English, American and French Embassies had already sent out warnings to their citizens in Thailand. Within one hour, international television channels reported the attack worldwide,” said Satirapong Na Takuatung, president of the Phuket Tourism Association.

“It’s possible that tourists who were planning to come to Thailand will change their destination. However, I am not sure how much the attack will affect tourism, as there are many flights that were pre-booked. We’ll have to look in a few months to see if the number of bookings for Phuket turn out lower than last year.”

The association will hold a meeting on Friday to see what can be done to manage the situation.

Patong Entertainment Business Association President Weerawit Krueasombut also expressed his concern about the situation and its affects on Patong tourism.

“There are number of foreigners who died in the bombing, particularly Chinese, ‘Hong Kongese’ and Malaysians. I think it will definitely have an impact on Phuket tourism.

“Last night, all restaurants, bars and clubs were closed at 2am for security reasons. Tourists may hesitate to come back to Thailand again because of this.”

The association is fully cooperating with the local government and security sectors to help increase trust among tourists, confirmed Mr Weerawit.

“I think there is at least one CCTV camera in every shop in Patong. Also, having proper public relations is important in situations like these,” Mr Weerawit said.

However, Swiss tourist Eric Colombo, 67, believes that last night’s bomb will not have a big impact on Phuket tourism, if the government can control the situation.

“If it is a single occurrence, I don’t think the tourism industry will be affected much. However, should this incident repeat itself, then we will see a number of tourists choosing other destinations rather than Phuket and Thailand.”

Mr Colombo said that he is not worried about something similar happening on Phuket and has confidence in the local and national government.

“I trust that the government and police are doing their job in all seriousness. It may take some time, but sooner or later, we will know who planned the attack and why,” Mr Colombo said.

Mayanne Woon, a Malaysia tourist who visits Phuket annually, said she was shocked and appalled by the bombing.

“I am angry that people died and that Bangkok has been thrown into complete chaos, all because of the dastardly act of cowards who choose to terrorize innocent people,” Ms Woon said.

“I hope the government will act quickly and take the necessary precautions to ensure that the perpetrators are identified before they cause even more damage.”

Though the case has yet to even begin to be solved, Ms Woon said that the attack would not prevent her from visiting Phuket in the future, and that she believes that the government can handle the situation.

“Thailand has had many disasters and I am sure that the Thai people will pull through this one, too,” Ms Woon added. “I am looking forward to my trip to Phuket again next year.”