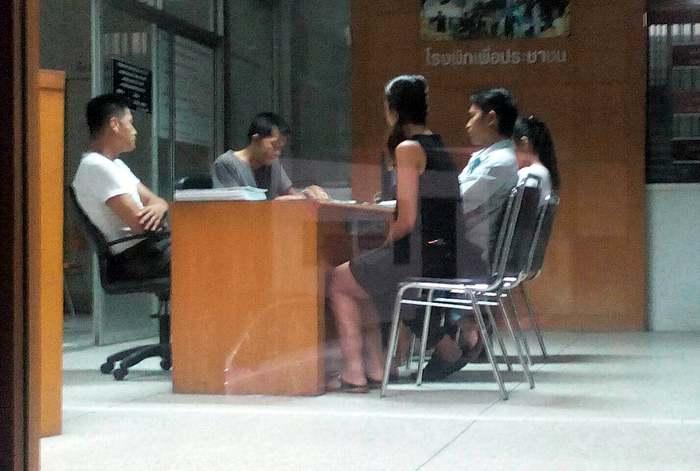 PHUKET: A tour guide has confessed that he attempted to rape a receptionist in Cherng Talay early this morning, police confirmed.

Captain Sakkarin Pankhan of Cherng Talay Police said officers responded to a call from the Imperial Ocean Palms apartment complex about 4am.

“When we arrived, the victim was with office staff and security guards in a shocked condition,” said Capt Sakkarin.

Police then questioned the victim, whose name the Phuket Gazette is withholding due to the sensitive nature of the incident.

The 24-year-old receptionist told officers that she was alone at the apartment’s front desk at the time of the attempted assault.

She reported that a visibly drunk tour guide approached her. Named as Wongsathorn Siyikum, 29, he then dragged her to his room, where one of his friends was also staying, and attempted to sexually assault her.

“The victim said Mr Wongsathorn tried to bribe her to have sex with him, placing 2,000 baht in her hand,” Capt Sakkarin said. “She refused, and tried to escape from the room, shouting for help.”

Mr Wongsathorn confessed to the police, saying that he was drunk. He apologized to the victim and paid 5,000 baht in compensatory damages.

As the two reached a private agreement over the incident, police said they will not be pressing any charges against Mr Wongsathorn, although they have made a record of the incident.

Shrimp spillage on slippery road leads to acts of kindness